6 Steelheads to Watch for 2016 NHL Draft 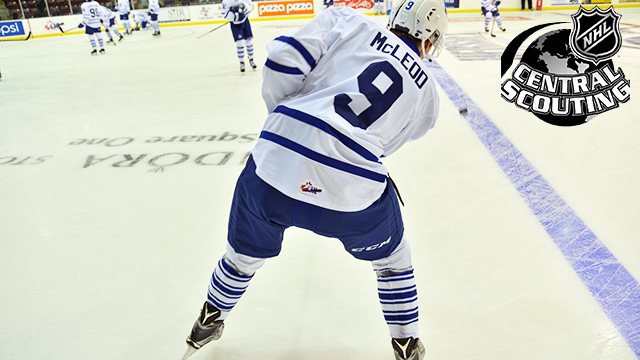 53 players from the Ontario Hockey League were listed among NHL Central Scouting’s September ‘Players to Watch’ list for the 2016 NHL Draft which takes place June 24-25 in Buffalo, New York.

Seven OHL skaters received an ‘A rating’ indicating a first round candidate with a group that includes 2014 OHL Priority Selection first overall pick Jakob Chychrun of the Sarnia Sting, OHL and CHL Rookie of the Year Alex DeBrincat of the Erie Otters, the London Knights’ trio of Max Jones, Olli Juolevi, and Matthew Tkachuk, and the Mississauga Steelheads duo of Michae McLeod and Alexander Nylander.

The Knights lead the way with 10 ‘Players to Watch’ followed by the Steelheads with six players, and the Hamilton Bulldogs, Saginaw Spirit, and Windsor Spitfires each with four players listed.

31 OHL players were selected in the 2015 NHL Draft including seven players chosen in the first round.

NHL Central Scouting ‘Players to Watch’ for the 2016 NHL Draft: