2 Steelheads Selected in the 2022 NHL Draft 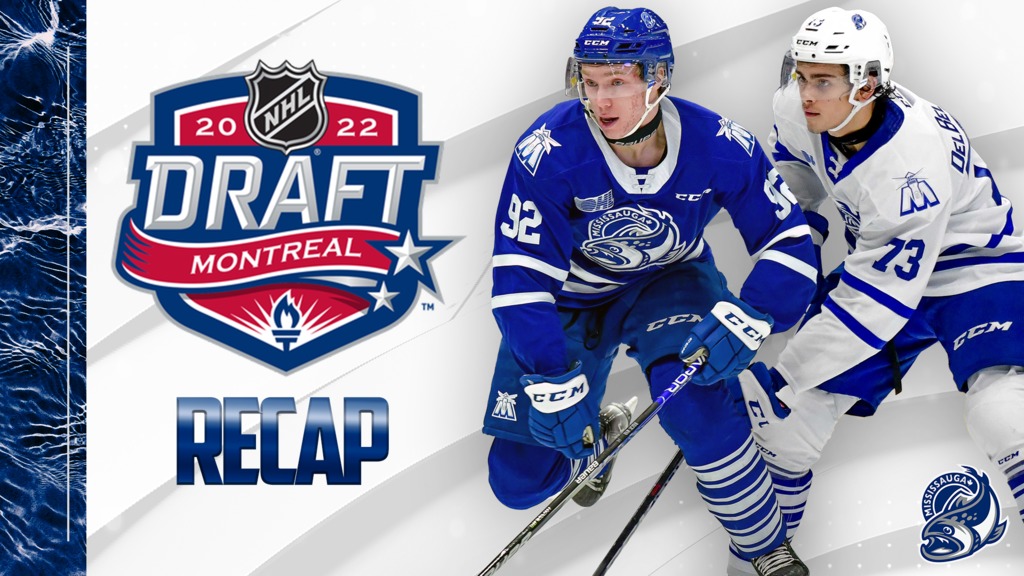 MONTREAL, QC –  It was an exciting day for the Mississauga Steelheads at the 2022 NHL Draft in Montreal, seeing two players selected in the second round for the first time in franchise history.

With the 33rd overall selection in the draft, the hometown team Montreal Canadiens drafted centreman Owen Beck. With this selection, the Port Hope native became the first Steelhead in franchise history to be drafted to the Canadiens.

Placing third in scoring amongst all Steelheads, the rookie notched 51 points (21G, 30A) and finished 5th overall in the OHL rookie scoring race. In November, Beck was named the OHL Rookie of the Month after scoring 11 points in 11 games. Dominating in the face-off dot, Beck was third in the OHL in faceoff wins and was named the Best in Faceoffs in the Eastern Conference in the 2022 Coaches Poll. The 18-year old now holds the franchise record for faceoff wins in a single season by a rookie.

“It’s such a surreal feeling to be drafted to the NHL.” Beck described, “A dream come true that I’ve worked towards for so many years. Mississauga has played such a big part in my development this season. I want to say a huge thank you to my teammates, coaches, and all the fans that helped me get to this point. Looking forward to what the future holds!”

Beck’s impressive numbers earned him an invite to the CHL/NHL Top Prospects Game and secured him a spot on the OHL’s Second All-Rookie Team. In addition to earning the Bobby Smith Trophy in the OHL, the centreman was also named the CHL Scholastic Player of the Year, demonstrating his on-ice and academic abilities.

In his second year in the OHL, the agile centreman scored 76 points (30G, 46A). The Woodbridge native finished second in Steelheads scoring while also leading the team in assists. He was the only member of the Trout to score multiple hat-tricks this season. The 18-year old demonstrated his playmaking abilities at the CHL/NHL Top Prospects Game in March, and was recognized as the Eastern Conference’s Most Improved Player in the 2021-22 Coaches Poll. He wrapped the season with four points in the playoffs, including his first career playoff goal.

“I feel relieved,” the new Blue Jacket explained. “It’s been a long two years since Covid and I’ve put in a lot of work for this moment and my dream has come true. I’m extremely excited to be drafted by such a wonderful organization and I can’t wait to get started!”

Del Bel Belluz joins Steelheads assistant captain Ole Bjorgvik-Holm in Columbus, as the defenceman was drafted by the team in the 2020 NHL Draft. This is the first time since 2018 that the Steelheads have had a player selected in the second round.

Congratulations to both Beck, Del Bel Belluz and their families on their success today in the NHL Draft!