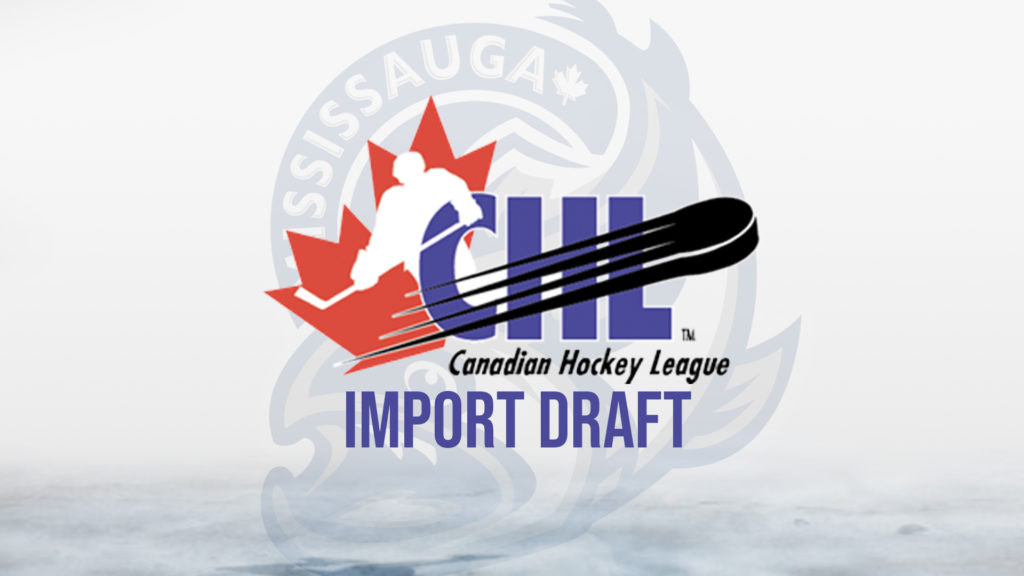 The CHL held their annual import draft late this morning. The two-round draft took place online with the order of selection rotating through each of the CHL’s three leagues using an inverse order of final regular season standings within each league from the 2018-19 season. With certain teams passing on drafting players, the Steelheads held the 31st and 71st overall pick and drafted Ole Julian Bjørgvik Holm and Lucas Raymond respectively. 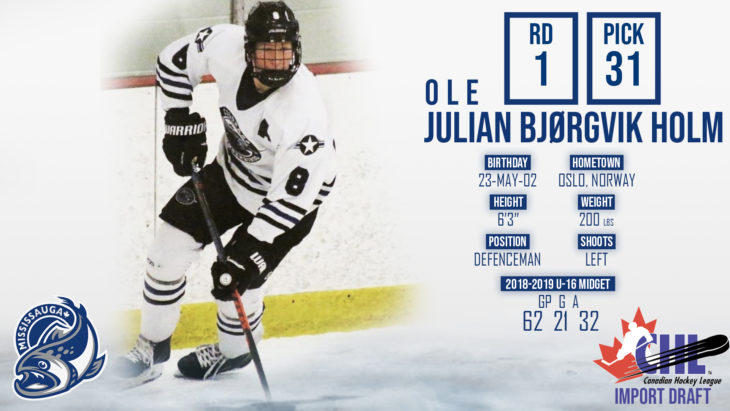 With their first-round pick (31st overall) the Steelheads selected Ole Julian Bjørgvik Holm, a left shot defenceman from Oslo, Norway. Holm skated for the Mangerlund Star in Oslo, Norway during the 2017-2018 season. He appeared in 50 games for the U16, U18, and U20 Star teams and netted a total of 6 goals. Holm also tallied 34 assists with the three teams. He was the only 2002 birth year player selected by Tri-City in the Phase II draft. Last season, Holm played for the Colorado Thunderbirds U-16 Midget team and registered 53 points (21 goals, 32 assists) and a plus 57 rating over 62 games.

Holm spoke about being drafted in the first-round. “It is amazing. I played in Denver last year and looking forward to playing for the Steelheads and coming to Mississauga.”

General Manager and Head Coach James Richmond commented on the first-round draft pick. “He’s a big, strong and smart, puck moving defenseman and happy to have drafted him in the first round. We look forward to seeing Ole in the blue and white soon and would like to welcome him and his family to Mississauga.” 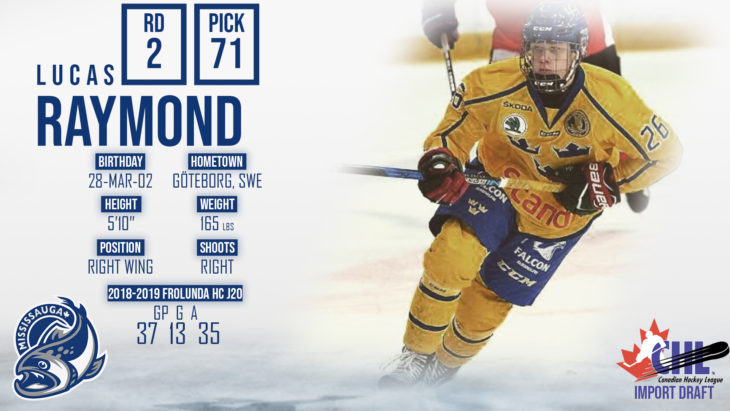 With their second-round pick (71st overall) the Steelheads selected right winger, Lucas Raymond. The Göteborg, Sweden native, spent the majority of the 2018-19 season playing for Frölunda HC J20 in the SuperElit League where he registered 48 points (13 goals, 35 assists) in 37 games. The 17-year old also played 10 games with Frölunda HC alongside Steelheads alumni Jacob Moverare, where he recorded 2 goals in 10 games. Internationally, Raymond has represented Sweden on seven different occasions and registered 54 points (30 goals, 24 assists) over 55 games.

General Manager and Head Coach James Richmond talked about the 71st overall selection “Lucas played some games towards the end of the season with one of our previous Steelheads players, Moverare, in Frölunda. He is projected to be one of the top picks at next year’s NHL draft. Our hope is that Lucas follows in the footsteps of Steelheads alumnus Alex Nylander and that we see him in Mississauga next year.”

We would like to welcome both Ole and Lucas to the Steelheads family.