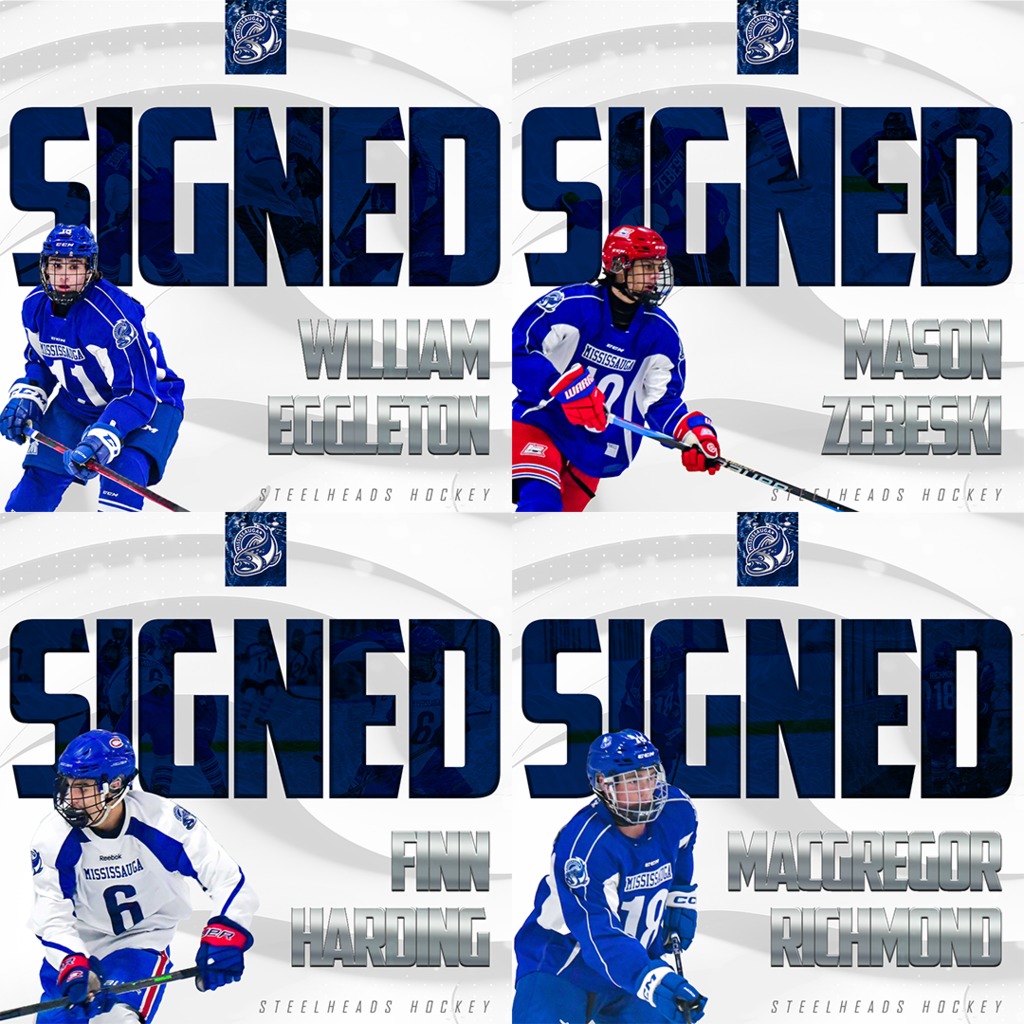 MISSISSAUGA, ON – The Mississauga Steelheads are excited to announce the signing of forwards William Eggleton, Mason Zebeski, and MacGregor Richmond along with defenceman Finn Harding to Standard Player Agreements.

“We are happy to welcome Will and his family to the Steelheads family.” stated Head Coach and General Manager James Richmond. “Will played on the top Mississauga Senators team and will bring his speed and skill to our forward group. We’re excited to see Will in his hometown blue and white this week.”

“We are happy to welcome Mason and his family to the Steelheads family. Mason will bring skill, speed and grit to our lineup. He plays hard every shift and we are looking forward to seeing him in the blue white this week.” said Richmond.

Harding was drafted in the eighth round (151st overall) of the 2021 OHL Priority Selection by the Steelheads. Born in Toronto, the right-shot defenceman split his time between the Toronto Jr. Canadiens U18 and OJHL teams.

“We would like to welcome Finn and his family to the Steelheads family,” Richmond stated. “Finn has worked very hard and has earned a spot on our blueline. Big mobile right shot D that we can’t wait to see in the blue and white this week!”

MacGregor Richmond was selected in the sixth round (116th overall) in this past year’s OHL Draft. Hailing from Richmond Hill, the forward played for the Toronto Nationals of the GTHL and put up 7 points (5G, 2A) in 28 games.

“MacGregor has grown up around the Steelheads family and now we are pleased to welcome him inside the room,” said the Steelheads’ bench boss. “He brings smarts, skill and competitiveness to our forward group. We look forward to seeing him on the ice in the blue and white this week.”

Congratulations to our four newest Steelheads and we look forward to having them and their families as part of our organization! 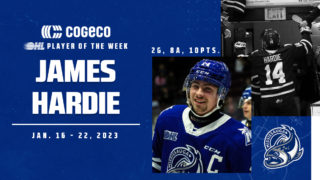