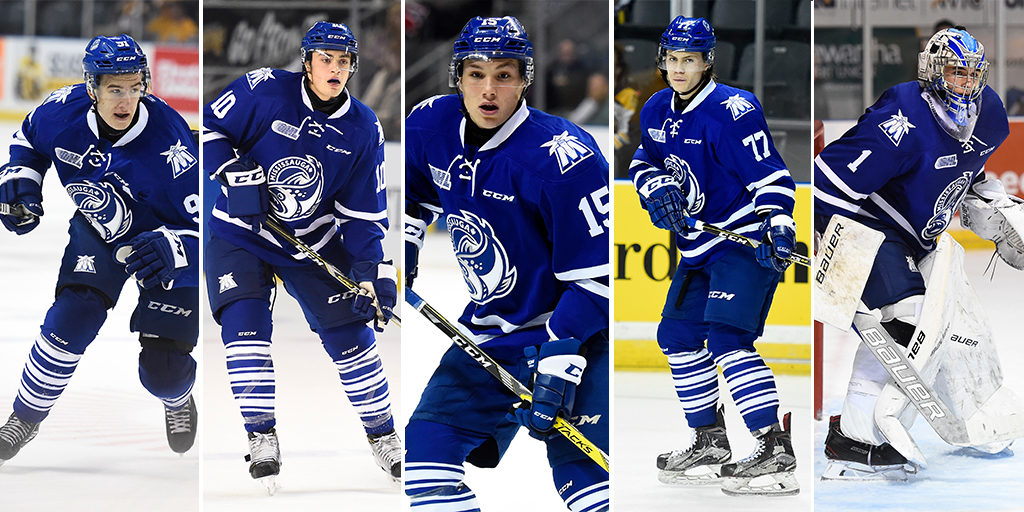 65 players from the Ontario Hockey League were listed among NHL Central Scouting’s November ‘Players to Watch’ list for the 2018 NHL Draft which takes place June 22-23 in Dallas, TX.

Included in the 65 players are 39 forwards, 22 defencemen and four goaltenders with at least one player from each of the league’s 20 member teams.

Most notably, Noel advanced from a ‘B’ rating on October’s ‘Players to Watch’ List up to an ‘A’ in the November edition.

42 OHL players were selected in the 2017 NHL Draft including five players chosen in the first round.