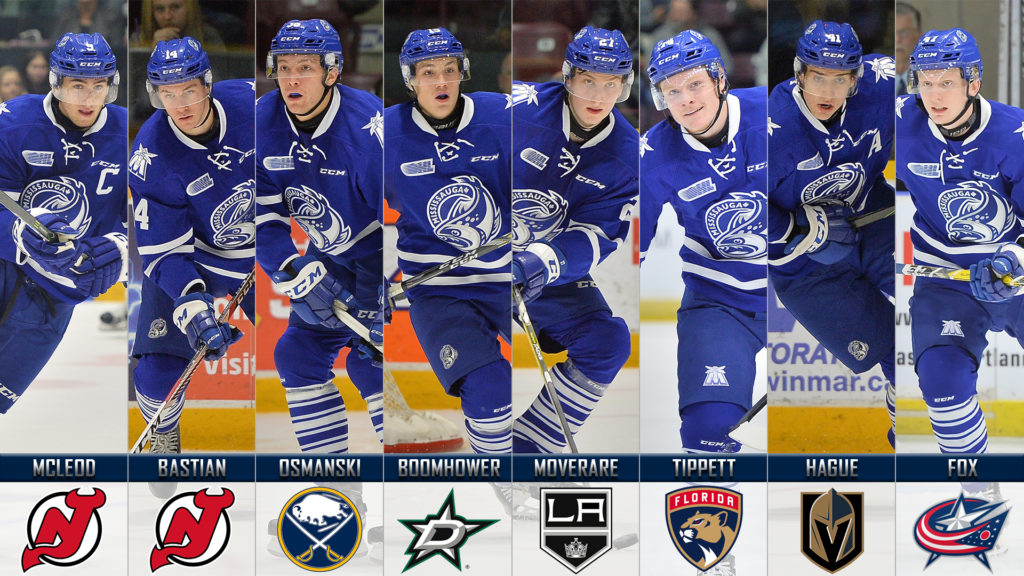 With the season fast approaching, eight Steelheads are headed to their respective NHL team rookie camps this week and weekend.

New Jersey Devils prospects Michael McLeod and Nathan Bastian will be taking part in the 2017 Prospects Challenge, taking place September 8 through September 11 at the HarborCentre in Buffalo. McLeod and Bastian won’t be the only Steelheads present at the HarborCentre this weekend, as defenceman, Austin Osmanski will be wearing Buffalo Sabres colours along with former Steelheads forward, Alex Nylander. The Devils and Sabres will be joined by the Boston Bruins and Pittsburgh Penguins to compete in the round-robin challenge featuring prospects from each team. The participating teams will each play three games during the course of the event, which will be held entirely at HarborCenter.

2017 first-round pick, Owen Tippett, is attending his first NHL rookie camp with the Florida Panthers this weekend. The Panthers prospects will participate in a four-team prospect tournament hosted by the Washington Capitals, featuring the Tampa Bay Lightning and Nashville Predators from Sept. 9-12 at Germain Arena in Estero, Fla.

Nic Hague joined the Vegas Golden Knights for their inaugural rookie camp on Thursday. Sessions from September 7-11 will be held at the team’s new practice facility, City National Arena. Rookie Camp concludes when the Golden Knights’ prospects travel to El Segundo to play against the Los Angeles Kings’ prospects on September 12 and 13, to finish camp.