#BARvsMISS: Round One Series Preview 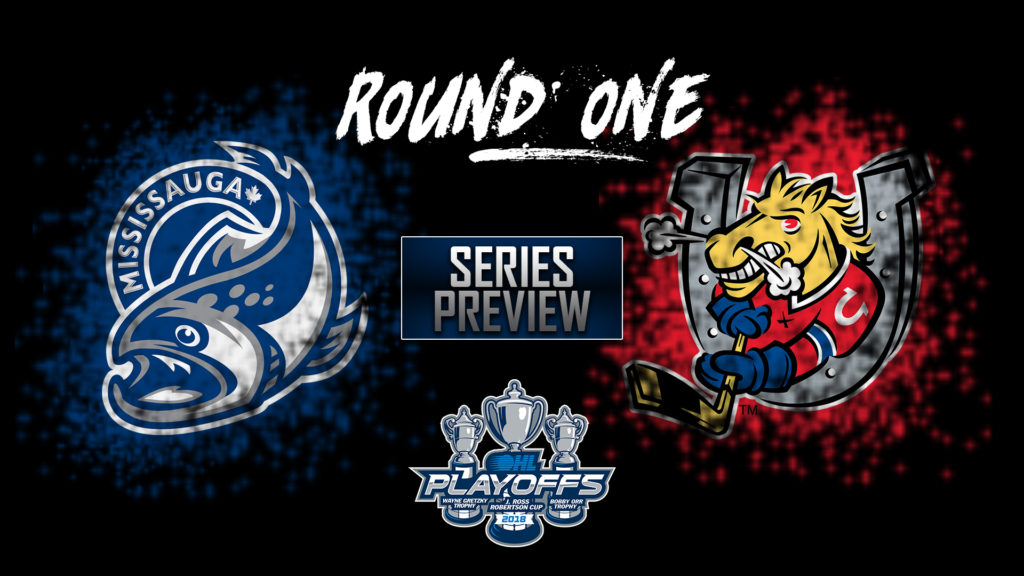 Mississauga finished the regular season seventh in the Eastern Conference, while Barrie took second and gained home ice advantage. Statistics tell the Steelheads they shouldn’t be bothered though, as they’ve won two of their three road games in Barrie. Of their six total contests this season, Mississauga skated away with four wins. If they can do it again they’ll take round one.

Sticks are hot and pucks fly when these two teams meet, as a total of 48 goals have been scored between them during the 2017-18 regular season. When these two teams last met on February 22 in Barrie, there were 11 combined goals, seven of which belonged to the Steelheads. Mississauga has some of the league’s best scorers, but so do the Colts.

Players to Watch: Nicolas Hague is breaking records and setting new ones. The Vegas Golden Knights prospect recently achieved the franchise record for most regular season points with 76, but that hasn’t stopped him from upping that number. With 35 regular season goals, Hague is a dangerously offensive blueliner who scored five goals in six games against Barrie this season.

On the other side, Barrie’s Dmitry Sokolov has 96 regular season points. The Minnesota Wild prospect was traded to the Colts from Sudbury this past January and since then has put up one goal and three assists in three games against Mississauga. Sokolov is a powerhouse on the right wing.

The last postseason matchup between the Colts and the Steelheads was round one of the 2016 playoffs. In a close set of games that occasionally headed to overtime and double overtime, the seventh seeded Steelheads pushed the series to a game seven, but it was Barrie that came out on top and took the series 4-3. With both teams’ scoring and goaltending abilities, regulation may not be enough to settle the victory this time around.

We will be hosting a viewing party at Dave & Buster’s in Oakville on Thursday, March 22 for game one and a bus trip is scheduled for game two on Monday, March 26.  Tickets for games three and four at the Hershey Centre are available at the box office or online through Ticketmaster. Be sure to follow us on Twitter, Instagram and Facebook to stay up to date this postseason.
Below is the round one schedule: