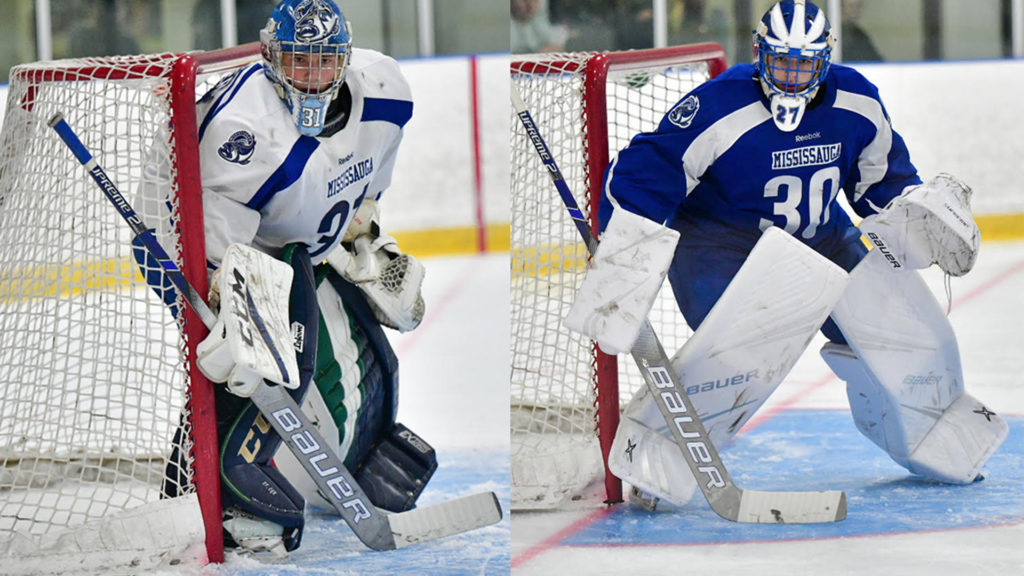 Mississauga, Ontario – With a solid crowd on hand, Steelheads fans got their first glimpse of new and returning players for the 2019-20 season. The annual Blue and White Game held during the second day of training camp, showcased a team built on speed, skill and tenacity.

Starting between the pipes tonight were Joe Ranger (White) and newly acquired Kai Edmonds (Blue). Both goaltenders had solid starts and would be relieved mid-way through the second period with a 2-1 lead for Blue. From there, the offense took over for either side and when the final buzzer sounded it was a 6-5 victory for Team White. With one of the youngest clubs in the league, the Steelheads look poised to have a strong season and build off the momentum generated last year.

Highlights from the game: 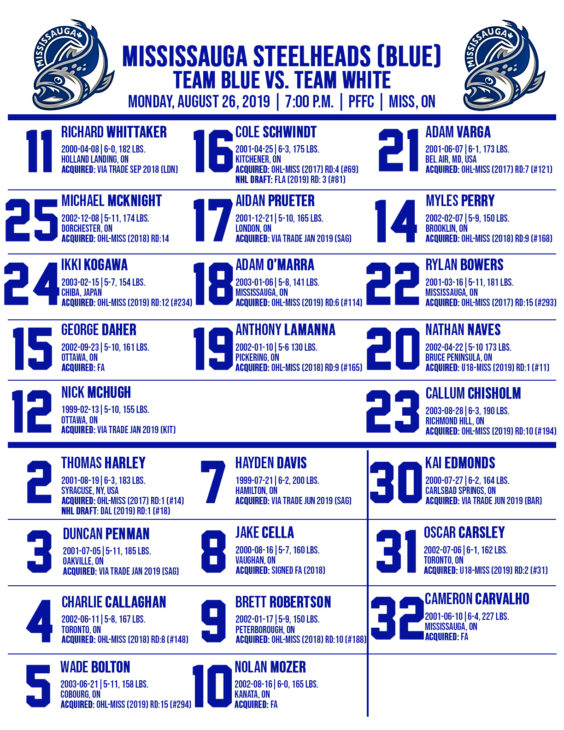 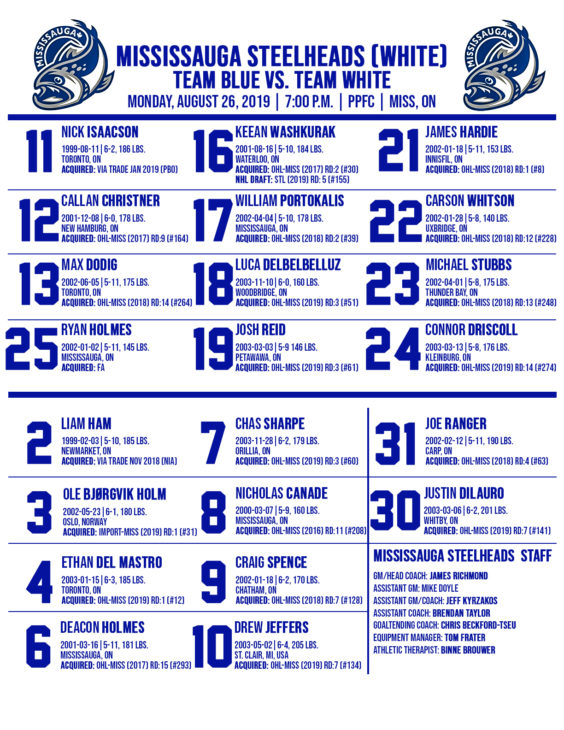 The Steelheads will play their second Blue and White Game tomorrow at 4:00 pm at the Paramount Fine Foods Centre, Community Rink 2. It will be once again open to the public with free admission.