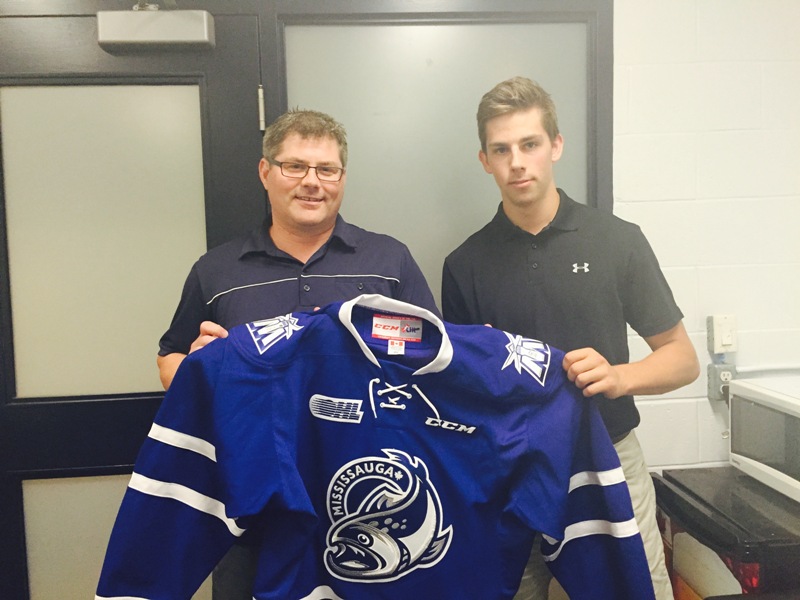 Mississauga, ON – The Mississauga Steelheads are pleased to announce the commitment of the team’s seventh round pick in the 2014 OHL Priority Selection, Brendan Harrogate, to an OHL Standard Player Agreement with the organization.

Harrogate played a key role in the GOJHL’s LaSalle Vipers’ 2015 Sutherland Cup bid, complementing his 38 points in 37 regular season games with another 33 points, including 17 goals in 29 playoff games last season.

Steelheads General Manager and Head Coach, James Boyd is excited to welcome Harrogate adding, “Brendan is a skilled player who has shown continuous development over the past two seasons, culminating in a strong playoff with Lasalle in the spring. We look forward to seeing Brendan in a Steelheads uniform.”

The Steelheads would like to welcome Brendan and the Harrogate family to the organization. Harrogate will join all participating players at the 2015 Steelheads Training Camp in Mississauga on August 31st.