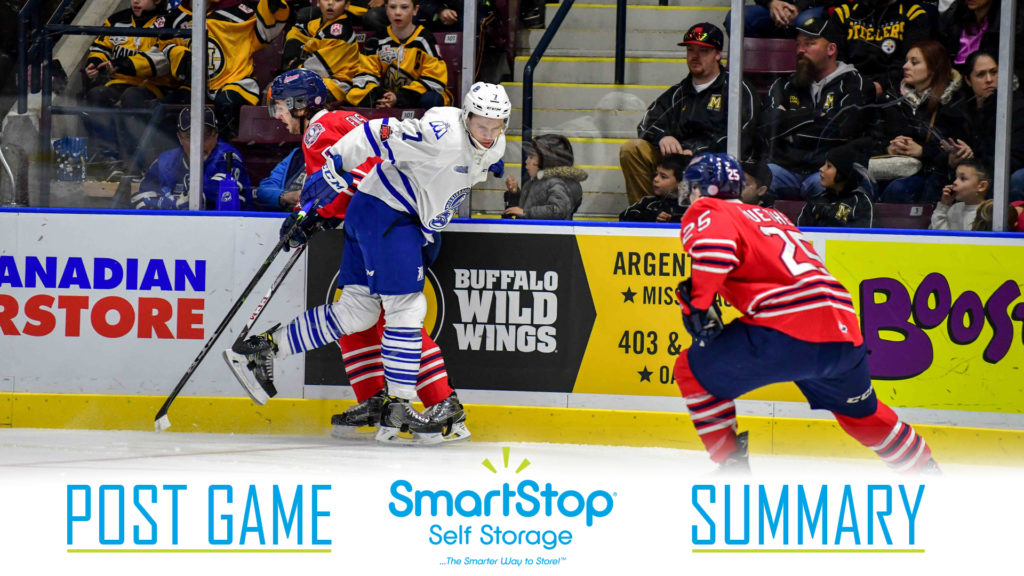 Winless in their last six, the Steelheads were desperate for a win tonight in Mississauga as they took on the Oshawa Generals. The Steelheads needed a big game up and down their lineup, and they got exactly what they needed. Timely scoring and great goaltending helped the Steelheads snap their skid and beat the Generals 4-2.

The Steelheads came out with a new found energy to start the second period. Despite no goals in the frame, the ice tilted in favour of the Steelheads who held the Generals to only one shot in the first nine minutes of the period. William Portokalis and Owen Tippett both had great opportunities to score, but Gens netminder Kyle Keyser was rock solid. Mirroring him in the opposing crease, Steelheads Jacob Ingham had a great bounce back period and kept Mississauga in the game after allowing two goals in the first. 2-1 Generals at the end of two.

The momentum the Steelheads had in the second period carried over into the third, with the Steelheads smothering the Generals all period. The comeback started on the power play with Liam Ham, who scored his first goal as a Steelhead and second of the season to tie the game at two a piece. Not even 30 seconds later, Nicholas Canade put home his fourth goal of the season and the go-ahead goal giving the Steelheads their first lead of the game. Ingham was stellar in the final frame, giving his team every opportunity to win. Sealing the game was Cole Carter with an empty netter and his team-high 22nd goal of the season. The Steelheads got back in the win column with a 4-2 victory over the Gens.

Leading the way for the Steelheads were Ryan McLeod and Jacob Ingham. McLeod finished the night with one goal and two assists, while Ingham, after allowing two goals early in the game, shut the door for two and a half periods in a huge win for Mississauga. The Steelheads are back at home on Sunday for a match against the Sudbury Wolves. The game marks the Steelheads 7th annual Teddy Bear Toss, so bring a bear and help support a great cause!