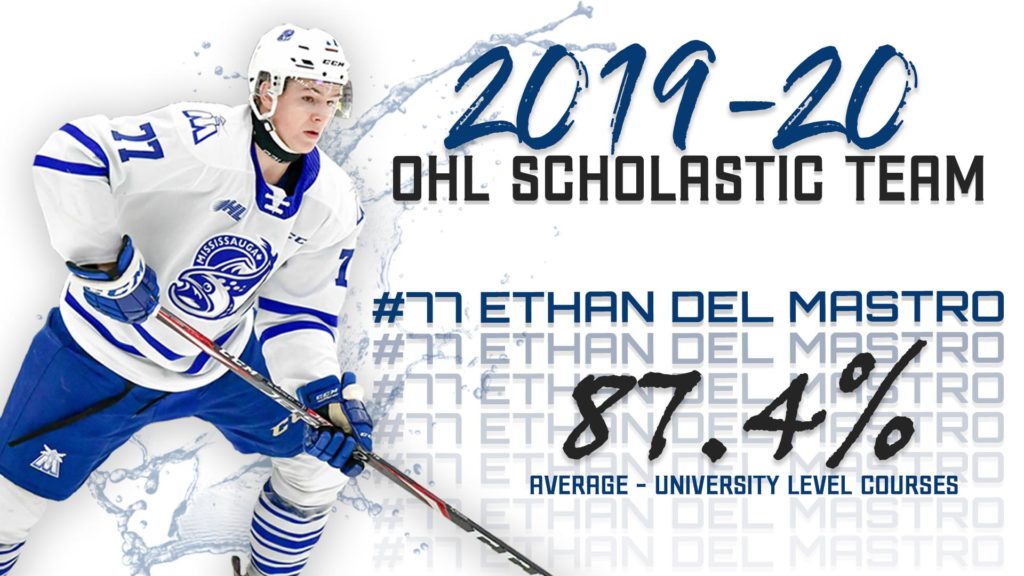 MISSISSAUGA, ON – Yesterday afternoon, the Ontario Hockey League recognized a group of players who have enjoyed academic success during the 2019-20 regular season. Among the 20-player OHL Scholastic Team is Steelheads’ rookie rearguard, Ethan Del Mastro.

On the ice, the 16-year-old defenceman was a stand-out during first OHL campaign with the blue and white. He tallied 7 assists in 57 games while being matched up against the opposing team’s top offensive threats more often than not.

Equally impressive was the former first round pick’s success in the classroom. Ethan is on pace to finish the school year with an 87.4% average while taking university level courses at Philip Pocock Catholic Secondary School. Across two semesters, Ethan’s course-load included Finance, Biology, Data Management, Advanced Functions, English, Physics, and a Co-op placement.

The Steelheads would like to acknowledge Ethan for his outstanding academic effort this season and congratulate him on being named to the 2019-20 OHL Scholastic Team. 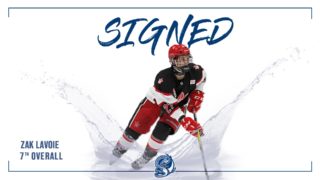