FIRST ROUND PICK KARMIRIS SIGNS WITH THE STEELHEADS 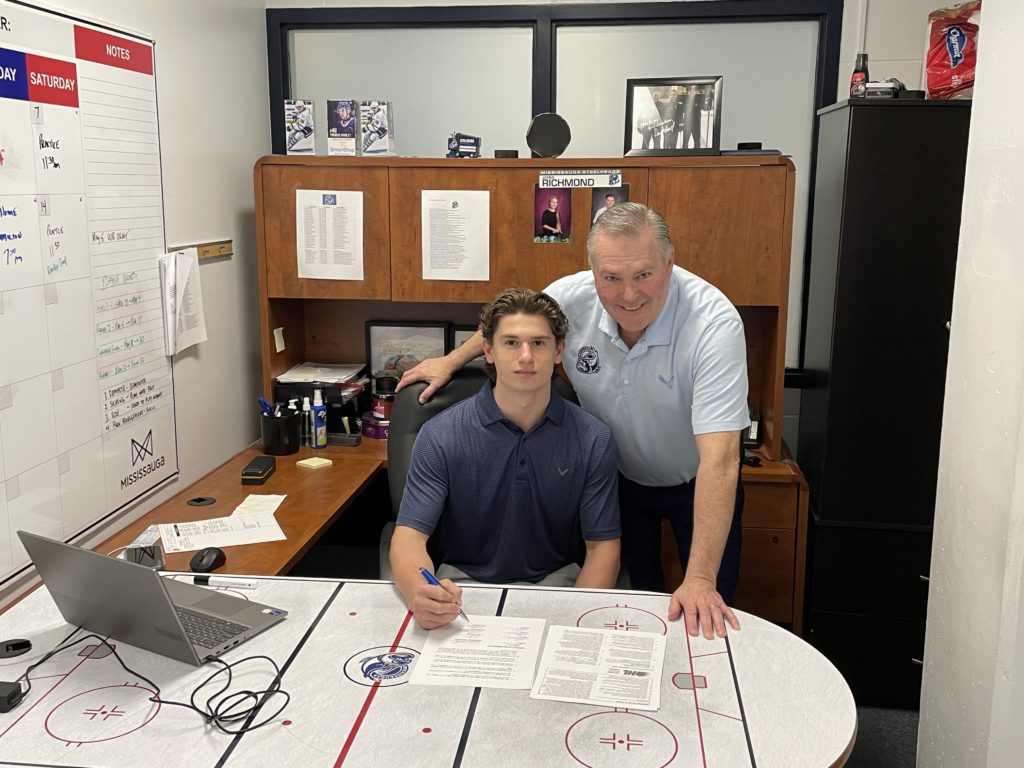 The Mississauga Steelheads have signed their first pick in the 2022 OHL Priority Selection, Lucas Karmiris, to a Standard Player Agreement.

MISSISSAUGA, ON – The Mississauga Steelheads announced today, the signing of forward Lucas Karmiris to a Standard Player Agreement.

“We are thrilled to sign our first pick of the 2022 Priority Selection Draft,” said Steelheads’ Head Coach and General Manager James Richmond. “Lucas is a great character young man and will be a great piece in the future to a winning Steelheads Team. We’d like to welcome Lucas and his family to the Steelheads and can’t wait to see him in the blue and white this Fall.”

A Brantford native, Karmiris was selected 13th overall in the 2022 OHL Priority Selection this past April. The 5’10” centre played for the U16 Brantford 99ers this past season, scoring team-leading 67 points (37G, 30A) in 27 games during the regular season and 22 points (8G, 14A) in nine playoff games. Karmiris also participated in this year’s OHL Cup, putting up 6 points (3G, 3A) in four games.

“I’m so excited to sign with the Steelheads,” Karmiris said. “It’s such a great organization with a fantastic coaching staff and the players and staff have been so welcoming to me. The team is coming off a great season and I’m looking forward to being a part of it next year. I can’t wait to play at the Paramount Fine Foods Centre in front of the loyal fans in Mississauga.”

Known for his high hockey IQ and playmaking abilities, Karmiris brings a lot of talent to the Steelheads’ lineup. The centreman is passionate and driven to win for the Steelheads.

“I think I can bring speed, high compete level, and high IQ.” he stated after first being drafted to the team, “I want to win and tend to look at myself as a leader, too, and want to be that in time.” 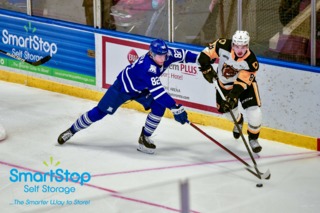 SmartStop Post-Game Recap - A Battle in Mississauga
1 week ago