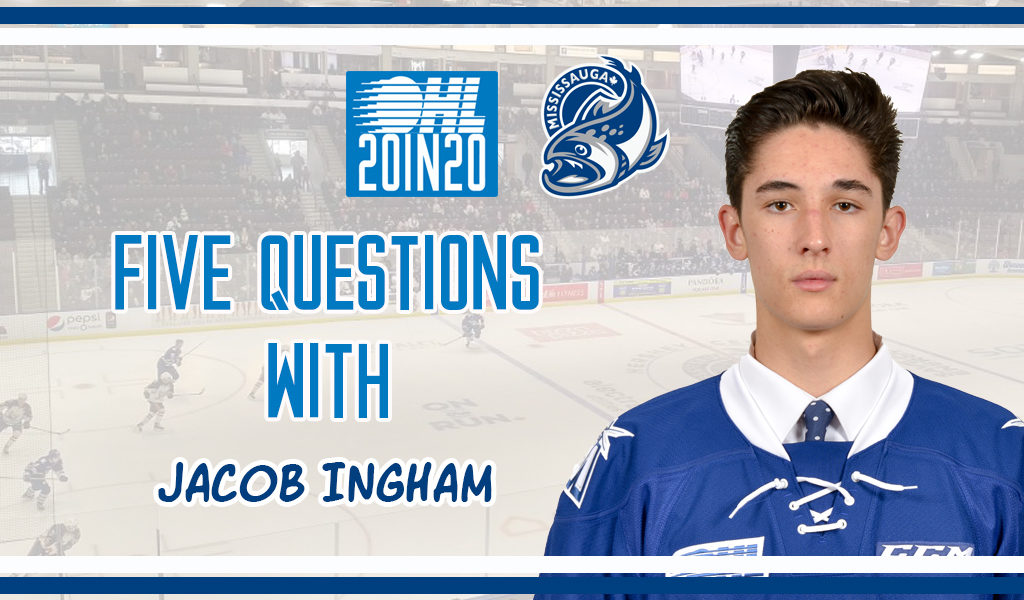 Jacob Ingham takes full control of the Mississauga Steelheads crease in his third OHL campaign after playing in 74 games across his first two seasons compiling 33 wins.

The Barrie, Ont., native was a second round pick by the Trout in 2016 then a sixth round choice by the Los Angeles Kings in June.

Ingham took time during Steelheads Training Camp to answer some questions and share his outlook on the season ahead.

How have you prepared for this season knowing that you’ll be the go-to guy in the crease?

“Just working hard in the gym and making sure I roll my body out, doing some yoga, and making sure that I’m going to be able to endure the minutes that I’ll play this year. Obviously working hard on the ice and getting out with some top pro guys just to see their releases and have that under your belt is just going to make it a little bit easier going into next year. Obviously we’re going to be a young group playing a lot of minutes so it’s all about taking care of your body and just making sure that we stay healthy and stay consistent throughout the whole year.”

What was development camp like in LA with some familiar OHL foes?

“Development Camp in LA was awesome. There were a lot of great guys I knew already going into camp and met a lot of great guys. Meeting the staff in LA too was pretty spectacular and seeing some familiar NHL faces around the rink. Just playing against some foes, like (Aidan) Dudas, we used to play minor hockey against each other so that was pretty cool. Akil (Thomas) down in Niagara, and (Nathan) Dunkley in London, it’s all pretty fun. We compete hard against each other but off the ice it’s good to have some familiar faces and guys you can hang around with.”

What message did the Kings send you home with?

“The Kings just sent me home with a positive message of staying positive and just being really consistent this year, working really hard, helping the team out, and doing the best I can.”

You’re going to have a less experienced team around you then you’re used to, how does that change the way you play?

“There’s a lot of new faces in the dressing room and we’re all just kind of working together now. Less experienced? I’m not too sure I would call it that. I would just say younger and hard working. I think that’s what we’ll be a hard working team. Go out there and do our best each night and hopefully come home with some good wins.”

What can we expect from the Trout this season?

“I think OHL fans can expect a hard-working young team from the Mississauga Steelheads. A team that’s going to be resilient. I think we’re going to have good leaders in the dressing room. We’re going to be positive, and we’re going to keep working hard, and we might get knocked down but we’re definitely going to get up and keep moving forward. We might be in a bit of a rebuild but I think we’re on a pretty good trend for the next couple of years.”

This month ontariohockeyleague.com will feature one team each day in advance of the 2018-19 season which begins Wednesday September 19th.  See more from the OHL 20 in 20 series.