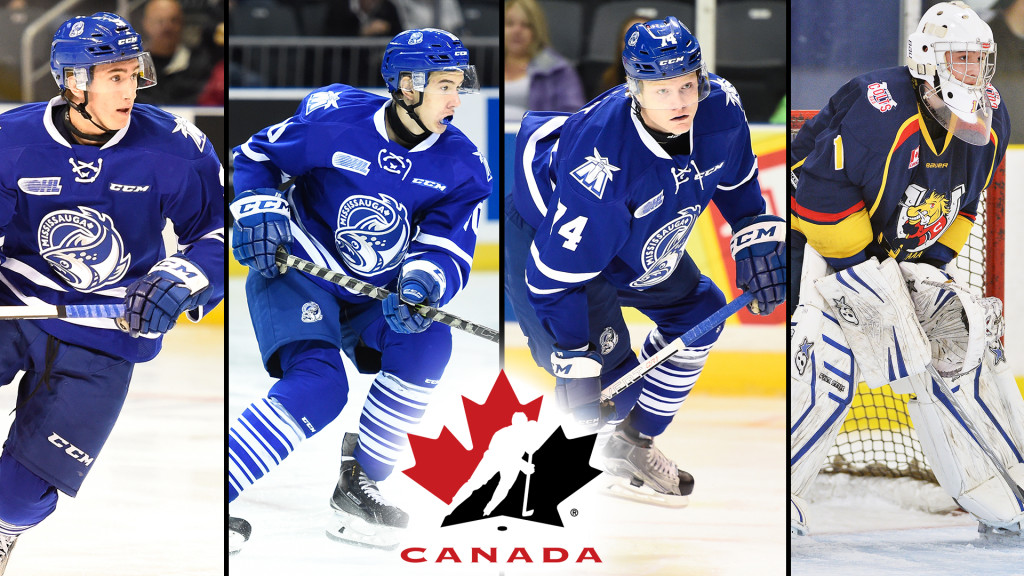 Michael McLeod, the Steelheads newest captain, has been invited to Canada’s National Junior Team Sport Chek Summer Development Camp, which takes place from July 30 to August 6, in Toronto. The four goaltenders, 14 defencemen and 23 forwards will participate in practices before playing in a series against Finland, Sweden and the United States. The 41 players will continue to be closely monitored in the early months of the 2016-17 season to determine who will be invited to Canada’s National Junior Team selection camp in December.

Michael’s younger brother, Ryan McLeod and fellow teammate, Owen Tippett, have both been invited to the Canada’s National Men’s Summer Under-18 Team selection camp. The Under-18 camp takes place in Calgary from July 29 to August 2. Of the 44 players invited to the selection camp, 22 will be selected for Canada’s National Men’s Summer Under-18 Team for the 2016 Under-18 Ivan Hlinka Memorial Cup taking place August 8-12 in Breclav, Czech Republic and Bratislava, Slovakia.

Jacob Ingham, the Steelheads’ second round selection from the 2016 OHL Priority Selection, has been invited to Canada’s National Under-17 development camp taking place July 26 to August 1. Following the development camp, players will continue to be evaluated through the early 2016 season before 66 are selected to represent one of Canada’s three national teams at the 2016 World Under-17 Hockey Challenge.