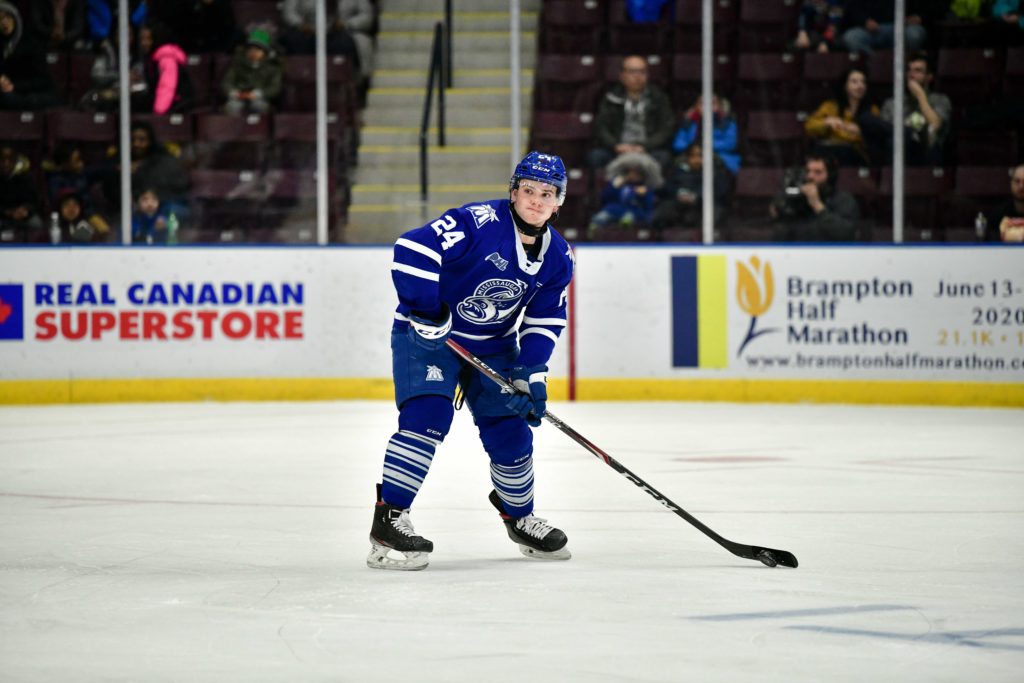 MISSISSAUGA, ONT – Most hockey players’ earliest memories of the game are playing mini sticks in their basement or skating on a rink in their backyard.

For former Steelheads captain Liam Ham, he had the chance to be connected to the NHL from the time he put on a pair of skates. Unique to most, his family was close friends with former Toronto Maple Leafs goalie Curtis Joseph.

“Curtis had a farmhouse with a big rink in the barn. So, my earliest memories were skating on that rink at 7 am on Saturday and Sunday mornings with my two older brothers, my dad, and Curtis and his family”.

Liam was a talented athlete growing up, playing high levels of both hockey and lacrosse. Ultimately though, his passion for hockey was higher. He was drafted by the Niagara Ice Dogs in the 2015 OHL Priority draft, and after taking a year to develop his game with the Aurora Tigers in the OJHL, he found himself in the OHL for the 2016-17 season.

Midway through his third season with the Ice Dogs, personal reasons led to Liam wanting to play closer to home. With his family living in Newmarket, Liam requested a trade to the Mississauga Steelheads to be closer to home.

“When I learned that Liam wanted to come to Mississauga, we absolutely wanted to make that happen,” Richmond said. “I knew he was a great person and a great hockey player; we were thrilled to add someone like that to our lineup.”

In November of 2018, Ham was traded from the Ice Dogs to the Steelheads in exchange for two second-round picks and one third round pick. Ham played 41 games for the Steelheads that season and registered 30 points.

Despite the great on-ice success Ham was having, his leadership skills really caught the attention of Richmond. The Following season (2019-20), Liam Ham was named captain of the Mississauga Steelheads.

“My parents always taught me to be a leader, to lead by example,” Liam said about being named captain. “Obviously, James saw that in me. I was just really thankful and honoured to be chosen captain.”

“He was everything we could have hoped for and more. From the moment he arrived here, he was a leader, and the decision to name him captain was the right one.”

The 2019-20 season was the final OHL season for Liam, as it was his last year of eligibility. His play impressed many in the hockey world, including the local NHL club, the Toronto Maple Leafs.

“A few days after my final OHL season ended, I got a text from Kyle Dubas inviting me to the Maple Leafs Development Camp, which was really cool,” Ham said about getting the invitation.

It was a full circle moment for Ham, as the kid that grew up playing backyard hockey with Curtis Joseph, was given the opportunity to attend Maple Leafs Camp. Everything was virtual due to the pandemic; however, Ham still had an amazing experience. He built relationships with members of the Leafs organization and expanded his hockey IQ through video and other virtual mechanisms of teaching.

Liam had committed to playing OUA hockey for the 2020-21 season with the Guelph Gryphons. However, because of the pandemic, the entire OUA season was cancelled and left Liam, along with countless other hockey players, without actual games to play.

The goal for Ham remains the same, though; to play professional hockey. It’s one reason he committed to Guelph because they have a record of helping players advance their hockey career, something Richmond thinks is sure to happen to his former captain.

“He is everything a coach loves in a player. I don’t think his dream of playing hockey at the highest level is over at all, not by a long shot.” 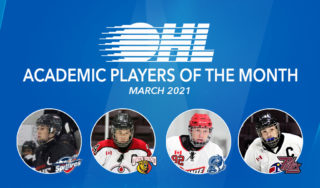 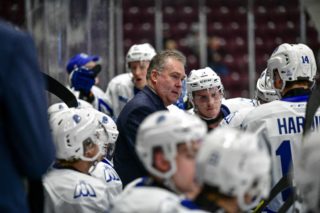