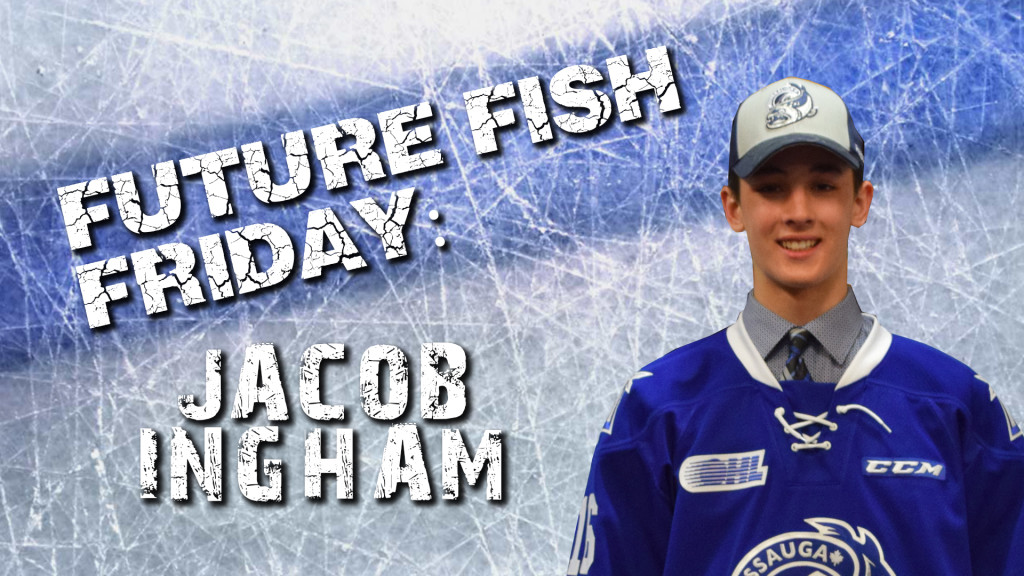 It’s Future Fish Friday! Today we will be highlighting Steelheads prospect Jacob Ingham, drafted in the second round (26th overall) in the OHL Priority Selection.

Jake spent his 2015-16 season with the Barrie Jr. Colts Minor Midget AAA recording a goals against average of 1.72 and 3 shutouts. Jacob was also named to the U16 OHL Gold Cup, playing on the OMHA White Team. Jacob describes his style of play as seeing the game well, competing at a hard level and considers himself to be a hybrid goalie.

Steelheads assistant general manager, Jan Egert, elaborates “Jake is the top 2000-birth Ontario-born goalie; and was the first goalie selected in the Priority Selection. Jake has strong position play, covers a lot of the net, is fundamentally sound, and a tremendous athlete. He is very mature, has a great attitude and strong work habits that will aid him in his development throughout his career.”

Get to know your Future Fish

Pre-game ritual: Walk while listening to music, eat, stretch, leave for the game, come to the rink with taped stick, go for a warm up, half dressed visualizing then game time

Favourite pump-up song: Runaway (U & I) by Galantis

One thing he can’t leave home without: His headphones

Emoji that best describes him: