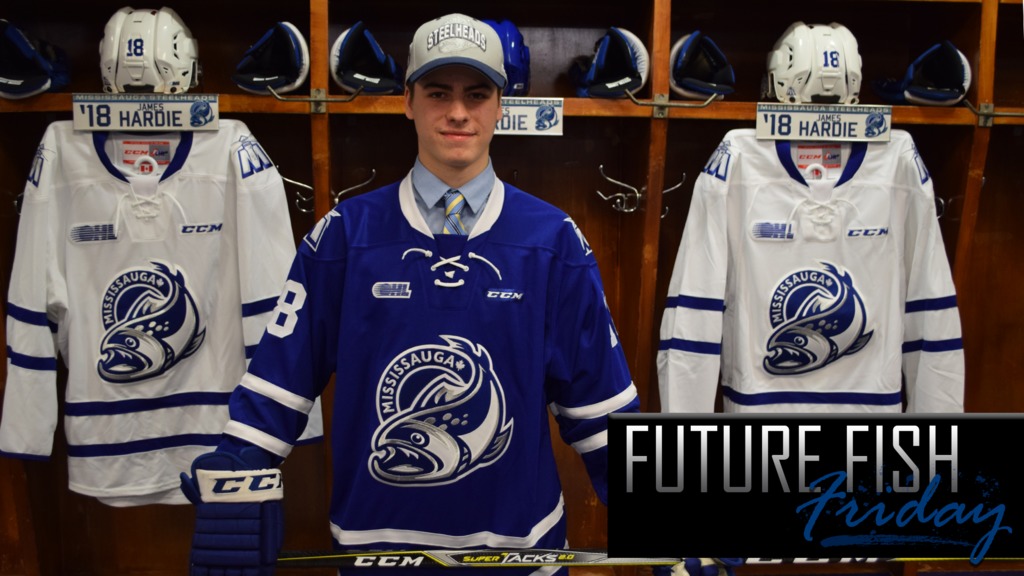 Future Fish Friday is back this summer and we cannot wait to give you the inside scoop on our Future Steelheads. Each week we will be featuring one of our Steelheads prospects, so you can get to know what they’re like on and off the ice.

We kick things off with Steelheads prospect James Hardie, drafted in the first round, eighth overall in the 2018 OHL Priority Selection

Drafted from the Barrie Jr. Colts, Hardie recorded 70 points (41 goals, 29 assists) in 34 regular season games this past season. He added six goals and seven assists in eight playoff games. Hardie is described as “a goal scorer with a heavy shot who can beat defenders and finds open ice well”. 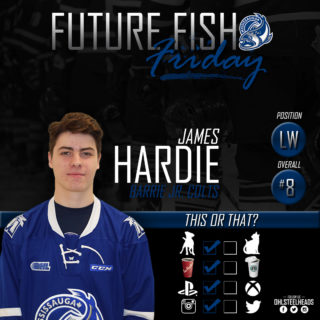 We will be profiling a new prospect every Friday this summer. Don’t miss next week’s profile on Mason Carter.