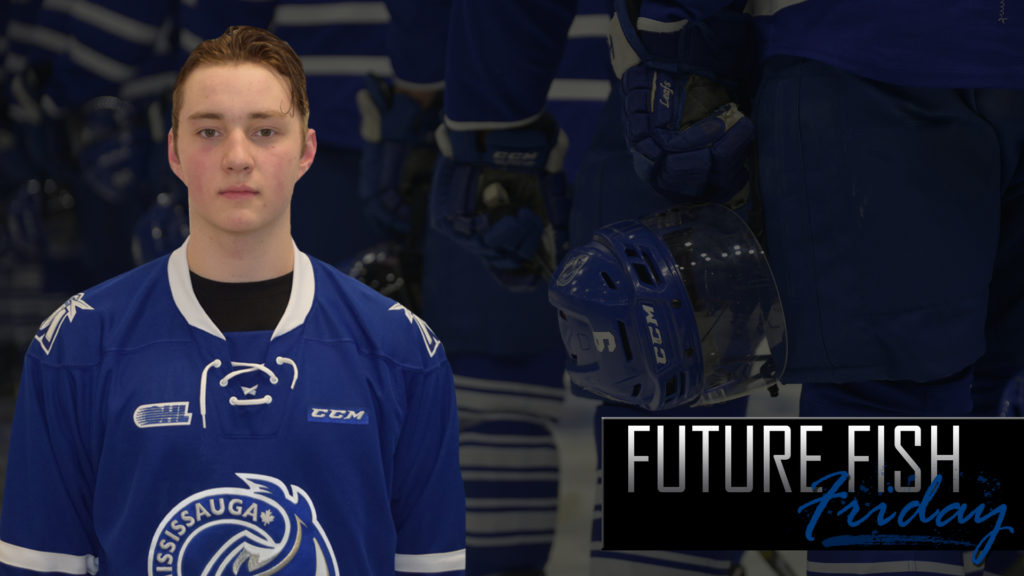 In this week’s Future Fish Friday feature, we get to know Joe Ranger, who was selected by the Steelheads in the fourth round, 63rd overall in the 2018 OHL Priority Selection.

A product of the Carleton Place Canadians Midget AAA team, Ranger recorded a 2.98 goals against average (GAA) and a 0.908 save percentage (SV%) during the 2017-18 season. Steelheads’ head coach and general manager, James Richmond describes Ranger as “one of the top goalie prospects in his age group”. CP Canadians’ coach adds “Ranger has a positive outlook in all aspects of the game and is a good character guy in the room. Ranger’s ability to stay mentally tough has been one of the main keys to success this season.” 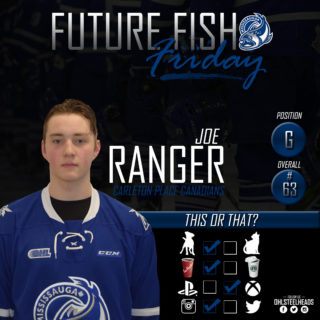