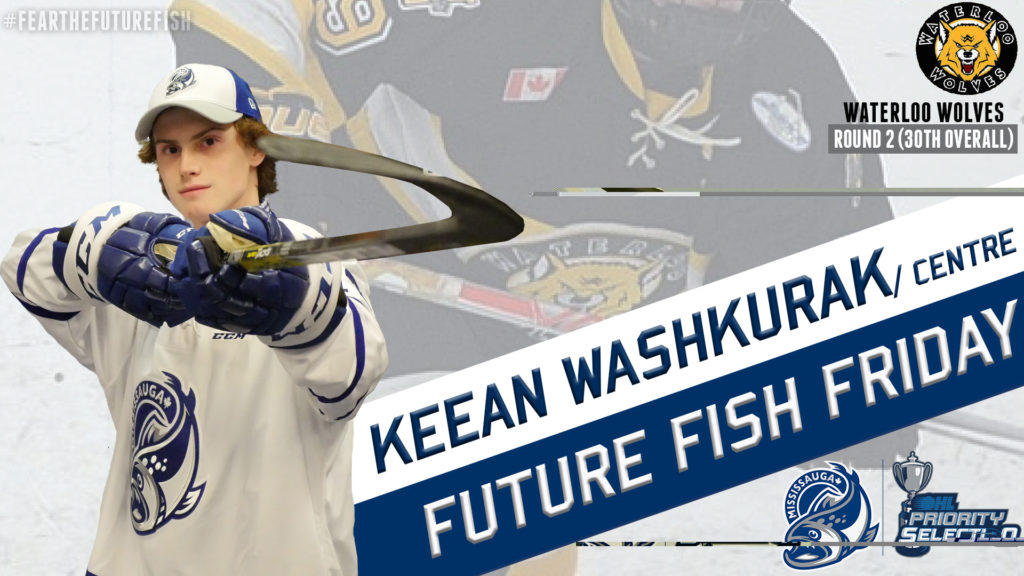 This week in our Future Fish Friday features, we take a look at centre Keean Washkurak, who was drafted by the Steelheads in the second round, 30th overall of the 2017 OHL Priority Selection. 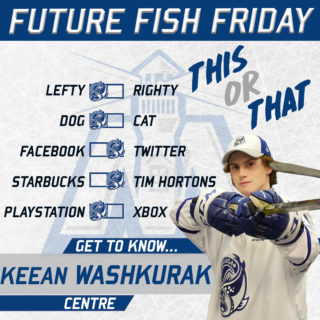 One thing people don’t know about me: I like country music

Washkurak, who describes himself as “a two-way centre that works hard,” will be joined by Waterloo teammates Cal Christner and Kurtis Goodwin, who were also selected by the Steelheads in this year’s Priority Selection.

Don’t miss next week’s Future Fish Friday as we profile defenceman Thomas Harley. Follow the Steelheads on Twitter and Instagram for more updates throughout the summer.