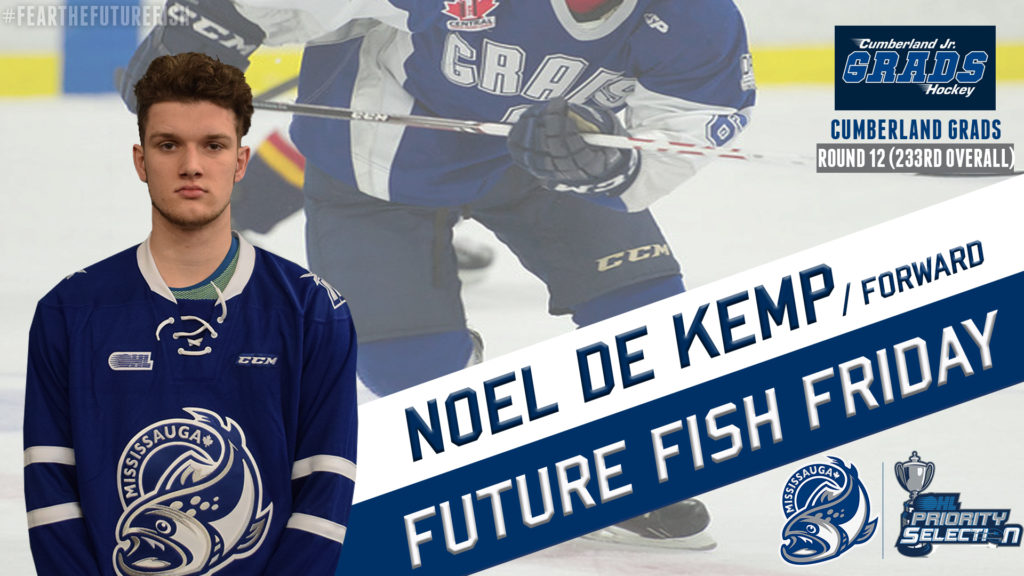 Forward Noel de Kemp is this week’s featured prospect. De Kemp was selected by the Steelheads in the 12th round, 233rd overall in the 2017 OHL Priority Selection.

Drafted from the Cumberland Grads Midget AAA, de Kemp recorded five goals and five assists for 10 points during the 2016-17 season. The right-handed forward describes himself as a two-way power forward. 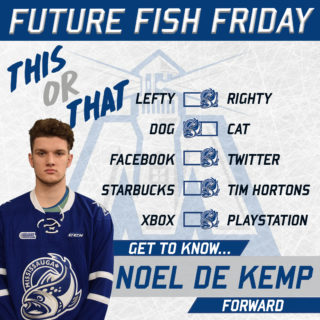 Get to know your Future Fish

Favourite pump up song: Future and other rap music

Most embarrassing moment: Forgetting my bag going to a hockey game

De Kemp’s says his most memorable hockey moment so far in his career is “being drafted to the OHL.”