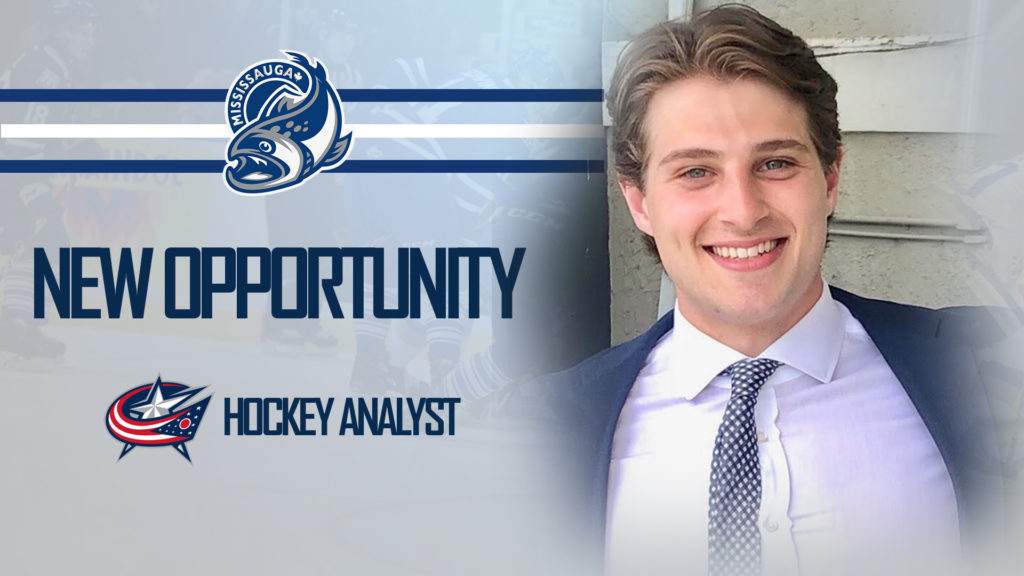 The Mississauga Steelheads announced early this week that Director of Player Evaluation & Assistant to GM, Zac Urback, was hired by the Columbus Blue Jackets as a Hockey Analyst. Urback graduated from the University of Western Ontario where he was a duel Ivey (Business)-Law student. He joined the Steelheads Hockey Operations Team in the 2015-16 season as the Coordinator of Hockey Analytics. Urback’s primary responsibility included leading the analytics team through the evaluation of all OHL clubs and players. He continuously supported the management team in evaluating players, trades, free agents & draft picks.

Urback spoke to his time with the Steelheads Hockey Club. “I would like to sincerely thank the entire Mississauga Steelheads organization for the opportunity to launch my hockey career. I am fortunate to have learned from and worked with the dedicated coaches, scouts, data analytics team and management group. The Steelheads are led by smart, hard-working, kind and innovative individuals, and will continue to successfully develop both players and staff. Without the support of the Steelheads organization I wouldn’t be where I am today.”

The Mississauga Steelheads organization would like to thank Zac for his dedication and hard work that was brought to the rink every day and wish him the best with the Columbus Blue Jackets.