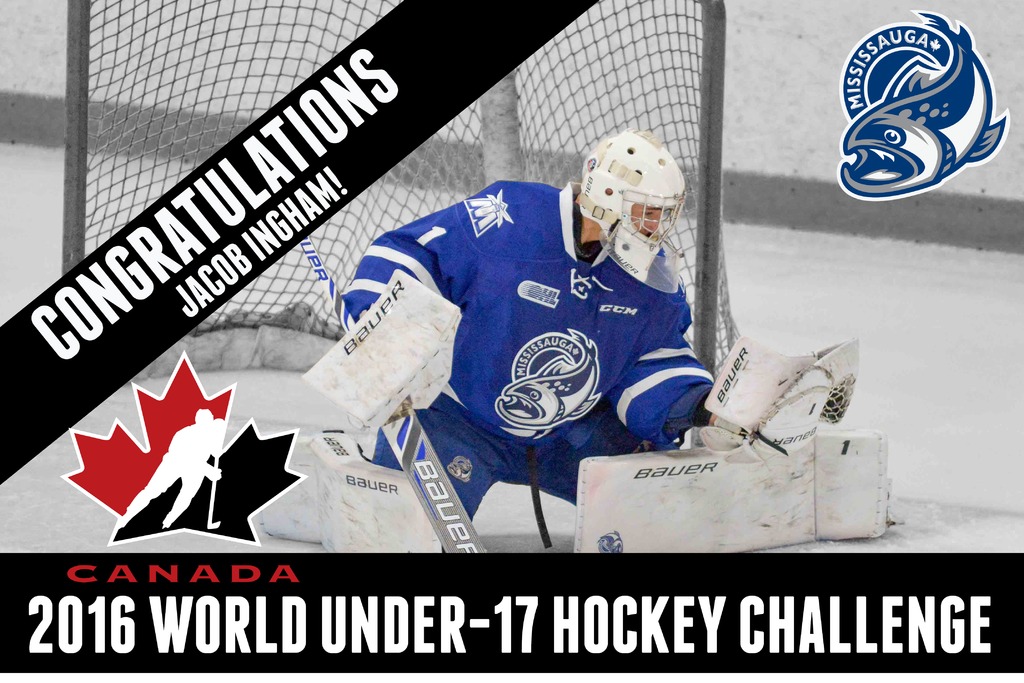 Hockey Canada announced today, the 66 Canadian players chosen to represent Canada at the World U17 Championship – and Mississauga Steelheads goal tender Jacob Ingham is included in the ranks.

The process, which began with 111 players who took part in a seven-day development camp in late July, will be finalized next week when the 66-player roster is divided to make up the three Canadian teams – Team Canada Black, Team Canada Red, and Team Canada White – who will face the Czech Republic, Finland, Russia, Sweden, and the United States in their quest for gold.

The following is a list of all of the OHL players chosen:

The Essar Centre and John Rhodes Community Centre will play host to the eight teams who will gut it out during six days of competition in the hopes of securing gold for their country. Team Canada Black, Team Canada White, the Czech Republic and United States will play in Group A, while Team Canada Red, Finland, Russia and Sweden will comprise Group B.

Official tournament action gets underway on Sunday, Oct. 30, when Team Canada Red takes on Finland at 12 p.m. ET, followed by Team Canada Black facing 2015 champions, Team Canada White, at 4 p.m. ET. The gold-medal game will be played at 7:30 p.m. ET on Saturday, Nov. 5, at the Essar Centre. The event is hosted by Hockey Canada in collaboration with the Canadian Hockey League (CHL) and the Ontario Hockey Federation (OHF).