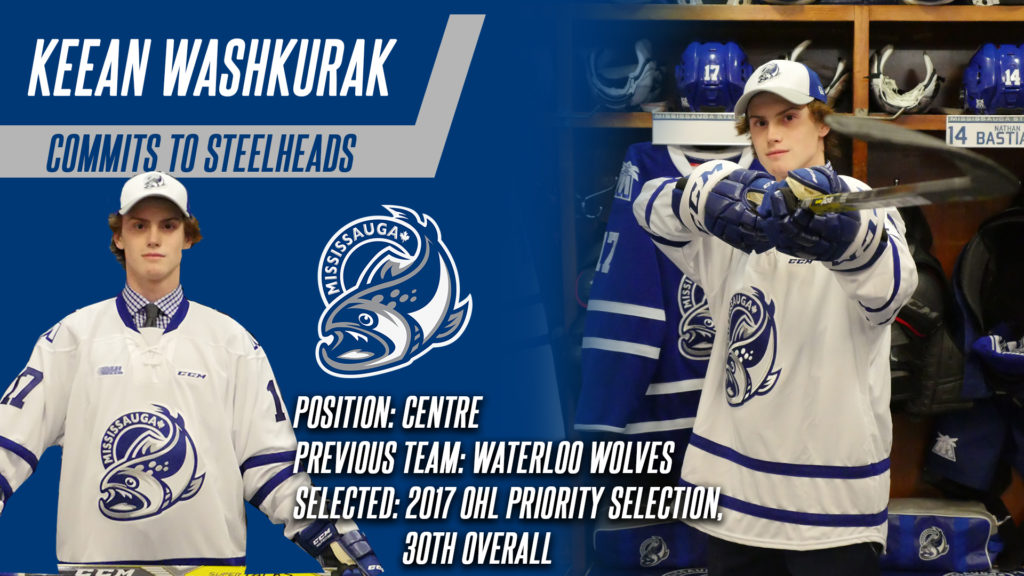 The Mississauga Steelheads are pleased to announce the commitment of forward, Keean Washkurak. Washkurak, a product of the Waterloo Wolves, was selected by the Steelheads in the second round (30th overall) of the 2017 OHL Priority Selection.

In 32 regular season games with the Waterloo Wolves, Washkurak recorded 38 points (17 goals, 21 assists), and added 38 penalty minutes. The Waterloo, Ont., native added an assist in four games at the 2016-17 OHL Gold Cup and recently scored two goals for Team Green at the National Under-17 Development Camp. 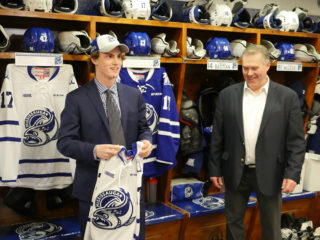 Washkurak is a welcome addition to the Steelheads’ lineup, and “the team is very excited to add Keean and his family to our Steelheads family,” said Steelheads’ general manager, and head coach, James Richmond. “Having one of our top prospects commit so early will add depth to our lineup, and we see Keean being an integral part of our team’s success this coming season.”

The Steelheads would like to officially welcome Keean and the Washkurak family to the organization.