Memories of OHL Broadcasting and the State of Sports Media 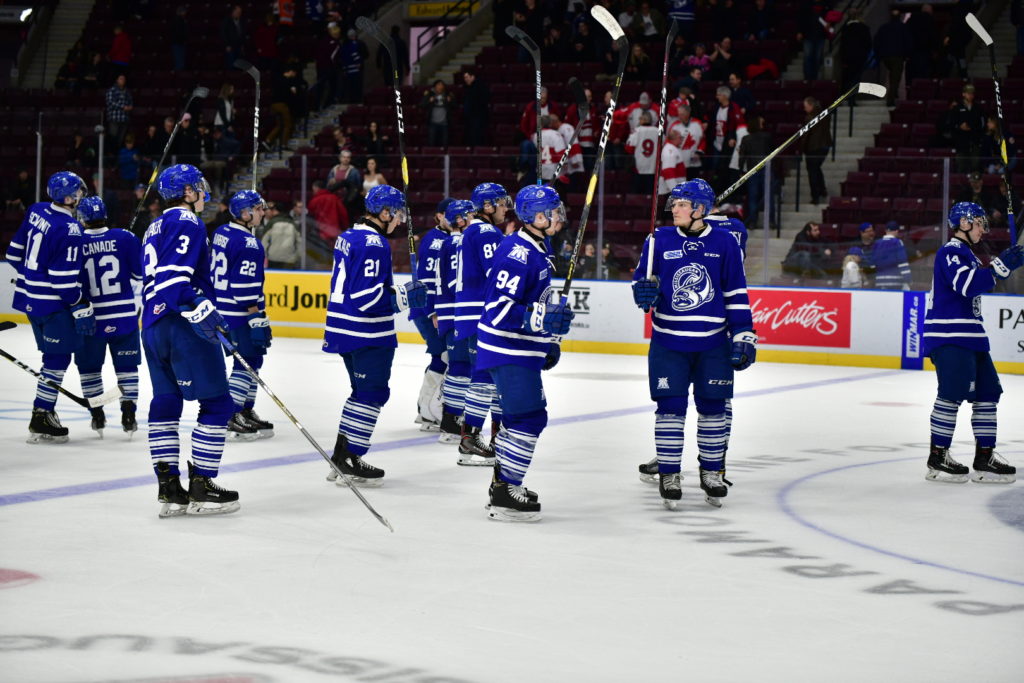 A recent post regarding sports media in Peel got me thinking about the seven seasons I was involved in OHL broadcasting. In another life, I ran an online radio station in Mississauga called TheHazeFM.ca. That station started in 2009, and we were trying to make our mark in the area. The idea of approaching our local team, the St. Michael’s Majors ( a f f e c t i o n a t e l y known as St. Mikes) crossed my mind, so after emails and meetings, we started broadcasting with the team in Jan. 2010. We went on to three seasons with St. Mikes, including a great 2011 run at the Memorial Cup. St. Mikes was led by coach Dave Cameron, who went on to an unbelievable season ending up in first place.

Cameron also coached Team Canada at the 2010/2011 World Juniors to the final against Russia. That year did not end well for the Canadians. With a convincing lead in the third period, they went on to lose the game — a crushing defeat. I do have a story to tell about that time. Since it’s 10 years later, I feel I can tell it. On the Friday two days after the loss, Cameron and player Casey Cazikas (now with the New York Islanders) met up with the team at its hotel in Sault St. Marie, where the broadcasting team and myself were conversing in the front lobby before the game.

We were invited by assistant coach James Boyd (Ottawa 67’s) to join them at a local watering hole after the game. We won the game, making it a better night, and met up with them at the bar, where we stayed for a few hours. Cameron was previously a coach in the Sault and was well known. We worked our way back to our hotel and “the Rog” (Roger Lajoie) asked if we could meet up in my room, as Dave was still keyed up from the trip and the loss to Russia. We did, and the memory of that night will stay with me always. We were allowed to ask Dave some questions about the World Juniors, and it seemed to go on for hours. Needless to say we got all the answers and more. I won’t go into any of the topics we spoke about that night, but let’s just say we covered all — and that I wish I was a good enough writer to consider a book!

Getting back to the OHL finals against the Owen Sound Attack, in the final series, they lost to Owen Sound, but were already in the Memorial Cup as host. They went through the tournament with a very good record, avenging their loss to Owen Sound during the preliminary round, and met St. John’s of the Quebec League in the Memorial Cup finals. It was an incredible time for hockey in Mississauga, and that year clearly sticks out in my mind.

During the final 2012 season we broadcast St. Mikes, we were approached by the Niagara IceDogs to pick up their broadcasts, as the local radio station had decided not to continue. In 2012, Niagara was a very good team and looked like they might just head to the Memorial Cup that year, led by the World Junior goaltender. They met the London Knights in the OHL finals, but unfortunately lost. In 2013, the Mississauga team was sold to Elliot Kerr. Elliot is well known to the Mississauga community, as his company had run the Mississauga Marathon for many years. The new team was called the Steelheads, and they decided not to use a broadcaster for the time being.

That summer, we were approached by the Oshawa Generals. Their new VP was formally from St. Mikes and knew us. We met and decided to take on the broadcasting f0r the Generals on a two-year deal. While the fist year went well, in the second season, the team just seemed to react every game to head coach D.J. Smith (Toronto assistant, now head coach with the Ottawa Senators). The team went to the playoffs and with hard work found themselves heading to Quebec for the 2015 Memorial Cup. They went through the preliminaries, winning all their games and met the Kelowna Rockets in the finals, beating them 2-1 to win the Cup.

When I watch the NHL today, no matter what game I watch, I will hear a name of a player that we either broadcast from his team or were broadcasting against his team. It’s just amazing. I thought I had finished my involvement with the OHL. The reason I never got to broadcast the Mississauga Steelheads was that Elliot also owned a new Mississauga radio station. It took him a few years to get the station up and running after he was awarded the license, but when it got going, he wanted the team broadcast, meanwhile the new station management had given me the task of launching the station.

On Sep. 4, 2018 Newstalk Sauga 960 AM hit the airwaves. Starting a radio station from scratch took a few months, and by early 2019, we were ready to begin to broadcast the Mississauga Steelheads. Elliot had put together a strong broadcasting team with Matt Cullen and a host of great colour commentator’s to assist him. It was little old me with the technical experience that got the broadcasts on the air for the remainder of the season. I have enjoyed every moment of my involvement with broadcasting OHL hockey and those memories will live on with me the rest of my days.