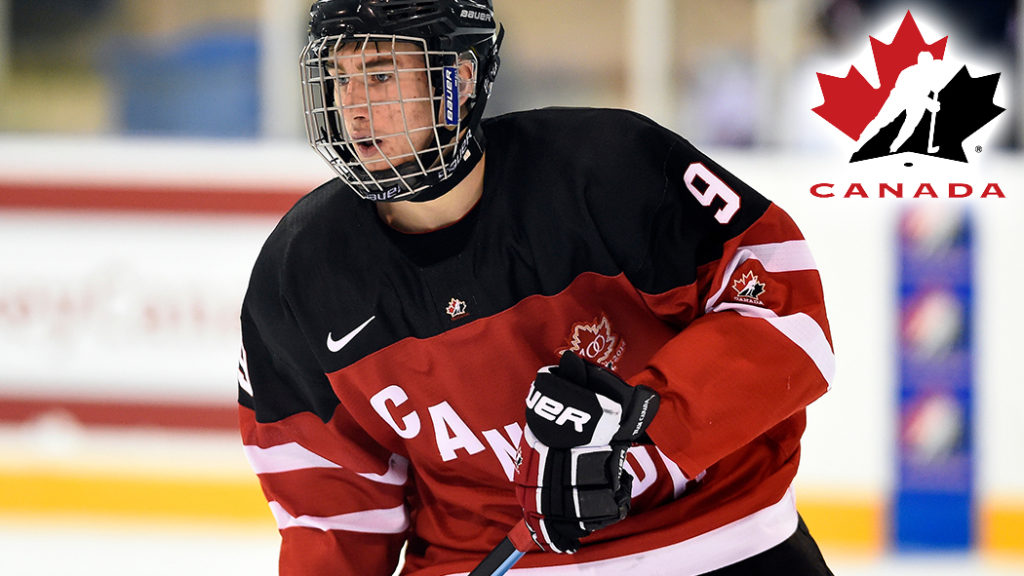 TORONTO, Ont. and MONTREAL, Que. – In less than 30 days, the puck will officially drop on the 2017 IIHF World Junior Championship, and 32 players are now one step closer to being part of this Canadian holiday tradition as a member of Canada’s National Junior Team.

Hockey Canada unveiled the list of invitees who will report to Canada’s National Junior Team Sport Chek Selection Camp in Blainville, Que., Dec. 10-14, during coinciding news conferences in Montreal and Toronto on Tuesday. The cities will co-host the 2017 IIHF World Junior Championship when it returns to Canadian ice next month.

The selection camp roster includes 19 forwards, 10 defencemen, and three goaltenders. The evaluation process was led by Ryan Jankowski, Hockey Canada’s director of player personnel, and Joël Bouchard of the organization’s Program of Excellence management group, with input from coaches and general managers from across the Canadian Hockey League (CHL).

“Congratulations to the 32 players named today to the National Junior Team selection camp roster,” said Scott Salmond, vice-president of hockey operations and men’s national teams, Hockey Canada. “With the number of talented players across Canada, it is a difficult process to get to this point. We are confident that the 22 players who emerge from this camp will wear the Team Canada jersey with pride, and give Canada the best opportunity to play for gold on January 5th.”

“There have been a number of difficult decisions to make just to get us to this point, and I expect these players will continue to impress us and make the next round of decisions tough as well, which speaks to the talent Canada continues to produce on the ice,” said Jankowski. “We’re eager to get the players and our coaching and support staff together and get started.”

The selection camp will be held at the home of the Blainville-Boisbriand Armada, the Centre d’Excellence Sports Rousseau, and features three games: two against the USport All-Stars on Dec. 12 and 13, and a final game against the Czech Republic on Dec. 14.

Following the four-day camp, 22 players will be selected to represent Canada and don the Maple Leaf on home ice for the first time since 2015 when Canada won gold in front of a sold-out crowd of over 19,000 fans at the Air Canada Centre. This year, gold will be won in Montreal.

Fans can purchase single-game tickets to the 2017 IIHF World Junior Championship beginning Wednesday, Nov. 30. Single-game tickets for both host-venues, aswell as other Montreal and Toronto ticket options can be found online at HockeyCanada.ca/Tickets.

Canada plays three pre-tournament games as part of the RBC Road to the World Juniors prior to opening the 2017 IIHF World Junior Championship in Toronto on Boxing Day against Russia at 8 p.m. ET. It will then face its U.S. rivals on New Year’s Eve at 3:30 p.m. ET to close out preliminary-round action from Toronto before moving to the Bell Centre in Montreal. Extensive coverage of the 2017 IIHF World Junior Championship is planned by TSN and RDS, the official broadcasters of Hockey Canada, including Canada’s three pre-tournament games; check local listings for details.

For more information on Hockey Canada, Canada’s National Junior Team, and the 2017 IIHF World Junior Championship, visitHockeyCanada.ca or follow along via social media on Facebook and Twitter, as well as #WorldJuniors.