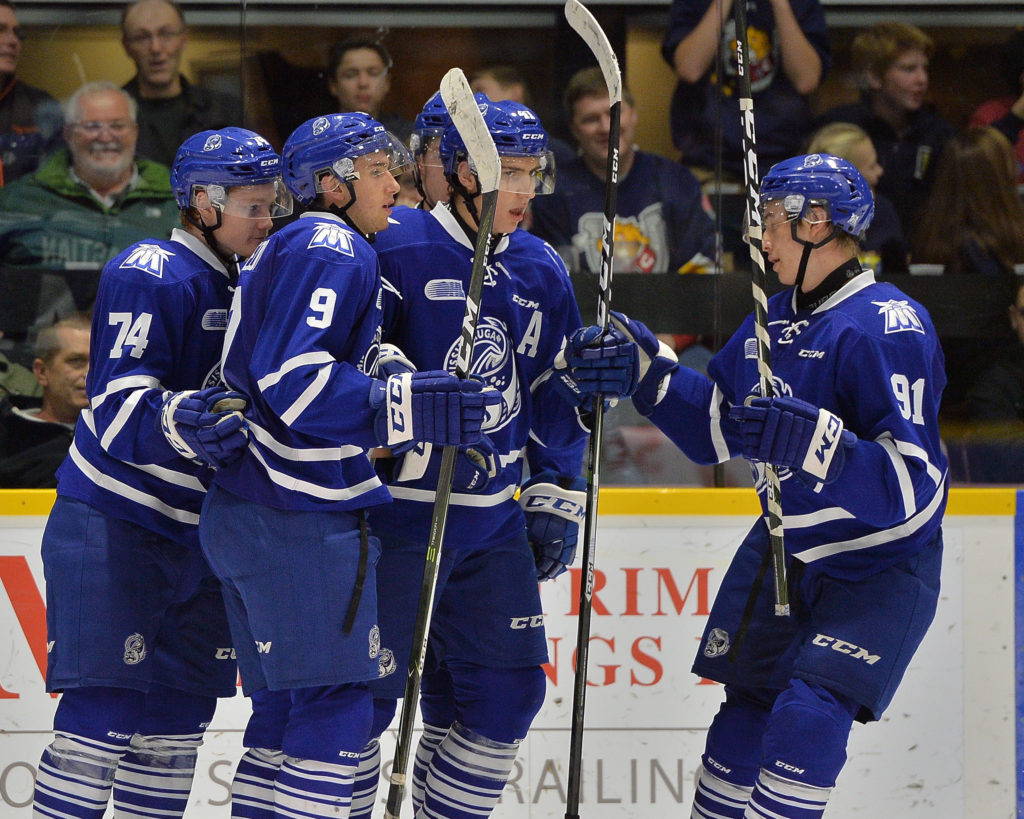 Playing together with the Toronto Marlboros at the minor midget level was a special experience. But for brothers Michael and Ryan McLeod, playing together in the Ontario Hockey League is a completely different experience.

“I remember one game playing up with him with the Marlies against the Jr. Canadiens in the finals, he scored a hat trick and I had two assists, “Ryan McLeod recalls. “Playing with him [now], it’s really special. We can say whatever we want to each other and it really helps with our chemistry on the ice.”

From Mississauga, Ont., the McLeod brothers didn’t always have the chance to play together at the OHL level. After playing together during the 2013-14 with the Toronto Marlboros of the GTHL, older brother, Michael was drafted fifth overall by the Steelheads. 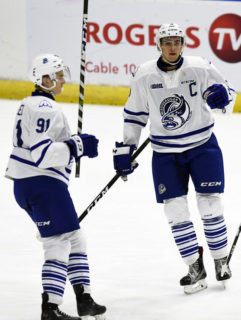 A year later, younger brother Ryan was drafted in the first round, third overall by the Flint Firebirds in the 2015 OHL Priority Selection, before being traded to the Steelheads to join older brother, Michael. Last season, the Steelheads saw what the two could do together on the same line, as they helped the team capture their first Bobby Orr Trophy as Eastern Conference Champions.

“It was a huge season for the team and organization. It shows the kind of team we had and the character we had on our team,” said Michael, a first-round pick of the New Jersey Devils in the 2016 NHL Draft. “Playing together on the same line in the playoffs was tones fun, we just knew where each other were on the ice, he’s a great skater and can make plays.”

The 2016-17 season saw many players on the Steelheads roster better their point totals from the year before. For Michael and Ryan, they finished the season first and second in assists on the team with 46 and 33 assists, respectively.

Even with their success last season, the offseason has been a busy one for the two. After taking part in his second Devils’ development camp in July, Michael then joined Hockey Canada in Plymouth, Mich., for their Summer Showcase.

“I’ve been working hard all summer and I think I’ve seen big jumps in my game so it’s my goal have the best training camp I can possible and see what happens,” Michael says.

Ryan is also making strides in his game as he prepares to enter his draft year. Currently ranked as one of the top prospects for the 2018 NHL Draft, Ryan believes his development is on schedule and will continue to work until he’s NHL ready.

“Everything goes a lot faster, so I’ve been working on my speed a lot, getting stronger with my legs, working in the corners,” Ryan says. “Obviously, I need to work on my shot, putting a lot of work into that, getting that quick release and power.”

With all the hard work they’ve put in this offseason, both Michael and Ryan have high expectations for the team and themselves this coming season. Their sights are set on the Memorial Cup and they believe the confidence they gained in their run to the OHL finals will take them further this year.

“Losing in the finals last year obviously sucks, but it also brings a lot of character back into the room,” Ryan said. “Everyone is hungry and wants to win this year so, I just want to be a top guy on the team and lead the team and take it as far as we can go. It’s going to be a fun year.”