OHL talent front and centre in U18 Worlds pre-tournament victory 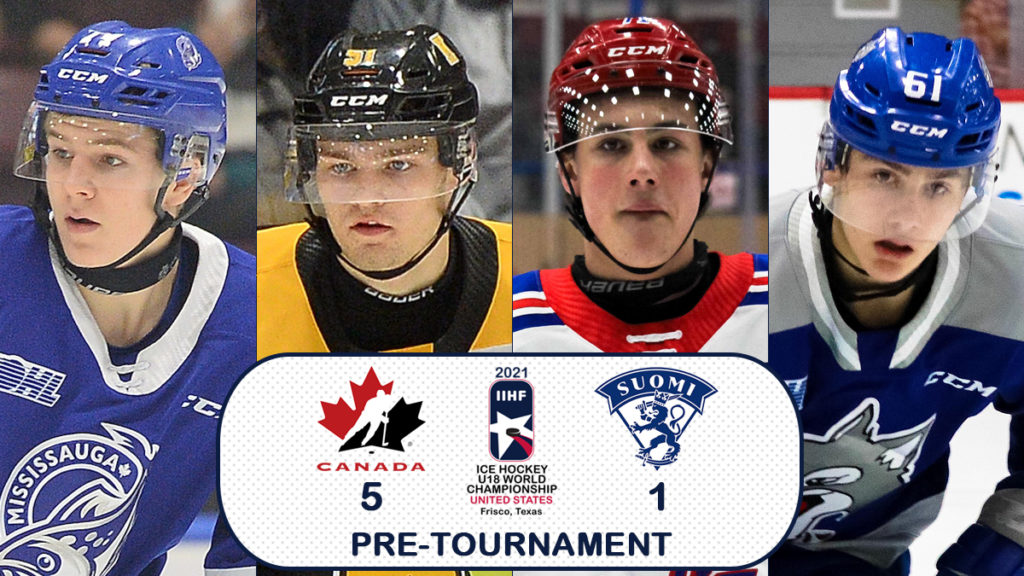 Plano, TX – Canada’s National Under-18 Team appears primed for action in the Lone Star State, skating to a commanding 5-1 pre-tournament win over Finland on Saturday afternoon.

OHL talent littered the scoresheet as big Mississauga Steelheads blueliner Ethan Del Mastro, though still on the hunt for his first career OHL goal, got the scoring started just 2:30 into the first period with help from Wyatt Johnston (Windsor Spitfires).

Canada killed off a pair of minors before the first expired and hit their stride offensively beyond the midway point of the second as 15-year-old star Connor Bedard (Regina Pats) found the back of the net. Kitchener Rangers forward Francesco Pinelli extended the lead to 4-1 just 26 seconds later as Ryan Winterton (Hamilton Bulldogs) picked up a primary assist.

In the driver’s seat to start the third, Sudbury Wolves forward Chase Stillman would tack on one more with an assist from Mason McTavish (Peterborough Petes) 5:48 into the fresh frame.

Canada outshot Finland 49-29 and utilized all three goaltenders in the win, with Sarnia Sting puckstopper Ben Gaudreau stopping all nine shots that came his way in the third period.

Canada’s penalty kill held the Finnish attack at bay, limiting them to a 1-for-9 effort on the man advantage.

The Canadians open their preliminary round schedule on Tuesday night against Sweden at 9:00pm ET. Catch all of the action on TSN.