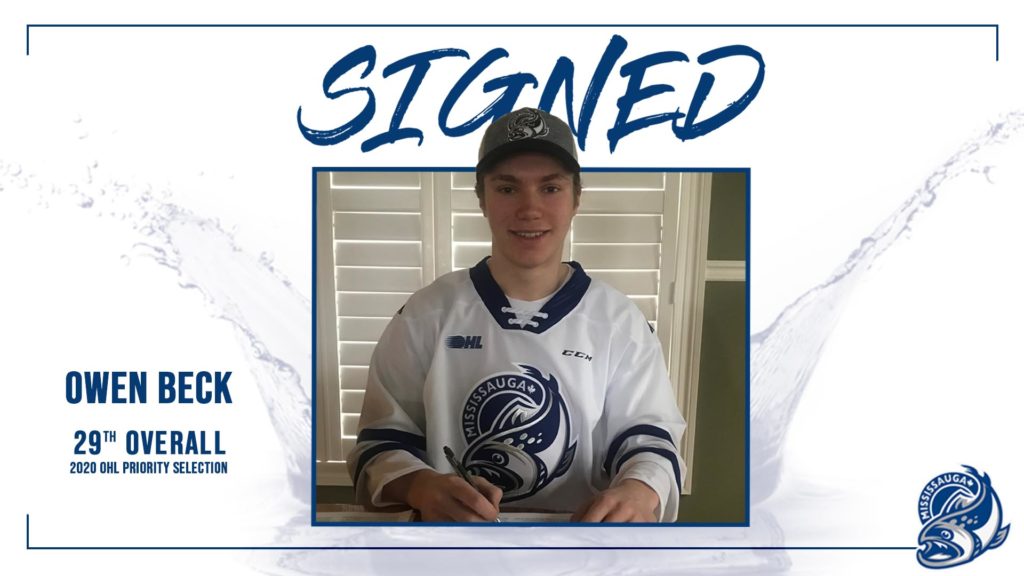 “We are pleased to announce the signing of Owen Beck,” says  Richmond. “Owen plays the game hard every shift. His hockey IQ and compete level will be a big addition to our hockey club. We would like to welcome Owen and his Family to the Steelheads.”

Beck becomes the second member of the club’s 2020 Draft Class to sign with the Steelheads following the signing of first round pick, Zak Lavoie last week. In 34 games with the OMHA’s Quinte Red Devils last season, the sturdy centreman tallied 19 goals and 20 assists for a total of 39 points. Beck would add 8 points including 4 goals and 4 assists in 7 playoff games with the Red Devils. At 5’11, 180 lbs, Beck is regarded as a strong, right shot centreman that plays a smart 200’ game.

The Port Hope, ON native comments on what it means to sign with the Steelheads, “Signing with an OHL club has been a dream of mine for as long as I can remember and there’s no better feeling than to sign with such an amazing organization like the Steelheads. I would like to thank my family, coaches, trainer, and friends for their constant support over the years. I would also like to thank the Steelheads for making my dream become a reality. Can’t wait to be playing in the blue and white next year!”