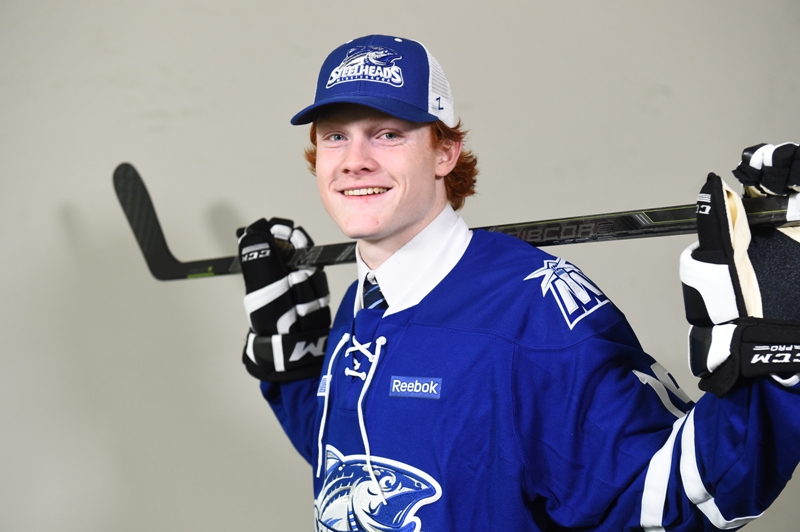 Mississauga, ON – The Mississauga Steelheads are pleased to announce that their first round selection from the 2015 OHL Priority Selection, Owen Tippett, has committed to the team.

Tippett, a native of Peterborough, Ontario, posted an impressive 52 goals, adding 35 assists in 50 games last season with the Toronto Red Wings. He is an exciting player to watch, and makes things happen every time he’s on the ice. OHL Central Scouting describes Owen as one of the most talented players in this year’s draft. He has explosive speed and when he gets a step on a defenceman, he’s tough to catch. Skill-wise, he is one of the top players in this age group.

General Manager James Boyd had this to say of his first round selection, “We are thrilled to have Owen join the team. He is a proven goal scorer who had a great season with the Toronto Red Wings. With his speed, agility and tremendous shot, he has all the tools to succeed in the OHL. We look forward to working with him next season.”

The Steelheads welcome Owen and the Tippett family to the Mississauga Steelheads organization.