Road to the Draft: Daniel Muzito-Bagenda 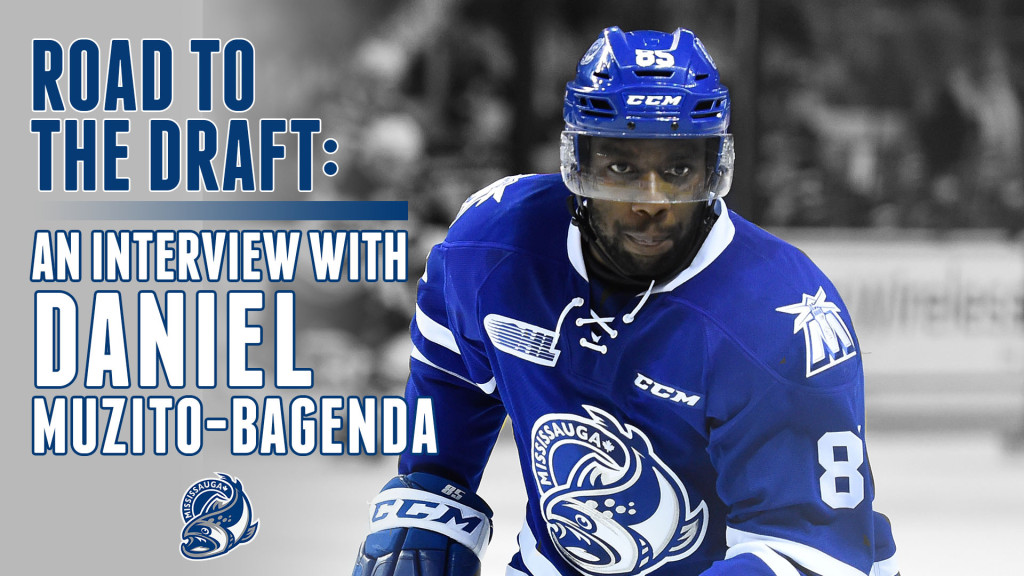 The 2016 NHL Draft begins today! What better way to conclude our ROAD TO THE DRAFT series than with an interview from Steelheads draft eligible right winger, Daniel Muzito-Bagenda.

On Monday we sat down with Austin Osmanski to talk about this weekend’s draft. Today, we caught up with Daniel to do the same.

Q: Growing up, was it always your dream to play in the NHL?

Yeah, of course! Playing in the NHL has always been my dream growing up; I mean it’s the best league in the world. I bet that’s where all hockey players dream of playing one day.

Q: How does it feel to know that your dream could become a reality?

It would be unreal to make it all the way to the NHL; that’s what I’m working for. I want to be a professional and play the game I love.

Q: What kind of training have you been doing during the off-season to prepare?

Q: Who has been your biggest supporter in your hockey career?

My family has been my biggest supporter. They’ve been there for me since I was a little kid, and have helped me to get this far in my career. They watch my games from all over the country and stream it if they can’t be there. They always drive me back and forth from games and practices in early mornings and late nights. Their support will always be appreciated.

Q: Who was your favourite NHL player growing up?

Peter Forsberg has always been my idol growing up because of the way he worked on the ice. I like the way he uses his body to protect the puck and has a nose for the net. Mostly, I admire his killer instinct and winning mentality.

Q: As a player, what qualities do you have that make you stand out to scouts and teams?

I think it’s my size, skating and shot that stands out most to the scouts.

Q: If there was one thing you could improve on, what would it be?

There are a lot of things I’d like to improve on so I continue to work hard on a daily basis. The thing I want to improve most is my 200 ft game. I want to be strong all over the ice and especially in my own end because that’s what is needed at the next level.