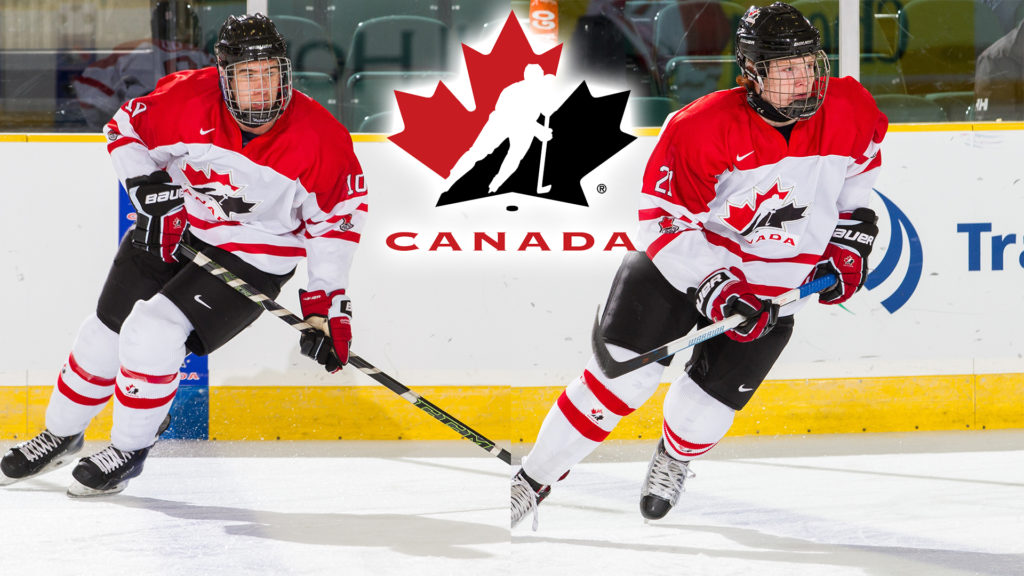 CALGARY, Alta. – For 40 of Canada’s top junior hockey players, the quest to fulfill their dream to REPRESENT Canada at the 2019 IIHF World Junior Championship – being hosted on Canadian ice beginning this December – is well underway as they have received official invites to wear the red-and-white at this summer’s Sport Chek World Junior Showcase in Kamloops, B.C., July 28-Aug. 4.

“The Sport Chek World Junior Showcase gives us an excellent opportunity to begin the evaluation process and for the staff to familiarize themselves with the players before the new season kicks off,” said Brad McEwen, head scout for Hockey Canada. “We also get to see the players in competition against the teams who will be returning to Vancouver and Victoria this December. It’s a unique opportunity, and we’re looking forward to making the most of it as we kick off our journey to the 2019 World Juniors later this month.”

The eight-day Sport Chek World Junior Showcase features Canada, Finland, Sweden, and the United States who will combine to play 11 games at the Sandman Centre. Canada will dress two squads for games against a split Team USA on July 31, before combining again as Team Canada to play Finland on Aug. 2, Sweden on Aug. 3, and close the mini-tournament against the United States on Aug. 4.

Ticket packages that include all Showcase games are available online at HockeyCanada.ca/Tickets and at the Sandman Centre box office for as low as $99 plus fees.

Fans from across all of Canada, and around the world, are gearing up to REPRESENT when the 2019 IIHF World Junior Championship opens in Vancouver and Victoria on Dec. 26, 2018. The sale of full-event ticket packages have outpaced initial projections as the West Coast prepares to REPRESENT for the first time since 2006. Limited full-event ticket packages and new nine- and 10-game packages are available at HockeyCanada.ca/Tickets.

For more information on Hockey Canada, Canada’s National Junior Team, and the 2019 IIHF World Junior Championship, please visit HockeyCanada.ca, or follow through social media on Facebook, and Twitter or Twitter/HC_Men.