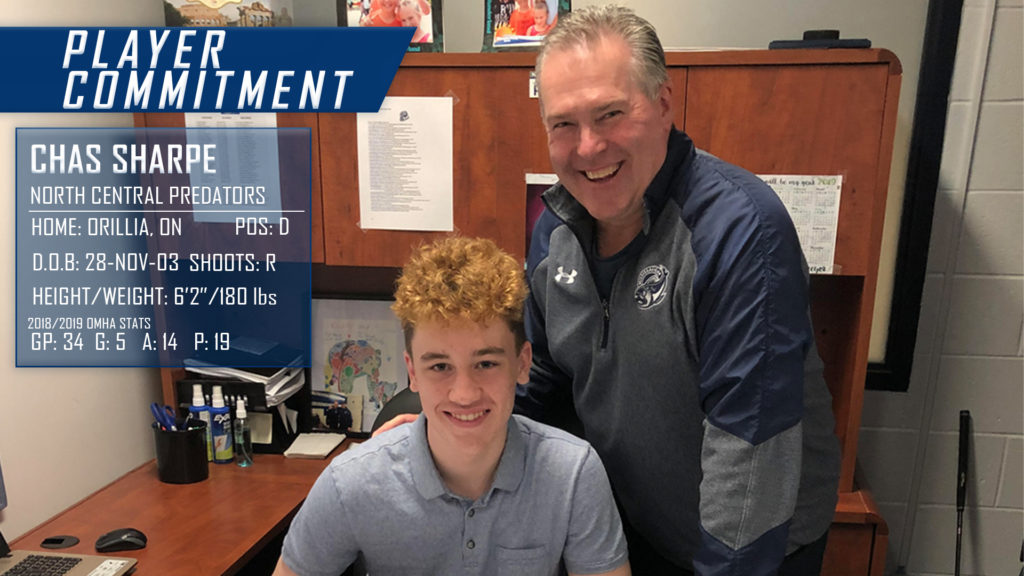 Sharpe, 15, appeared in 34 games with the North Central Predators (OMHA) during the 2018-2019 season and registered 19 points (5 goals, 14 assists). The Orillia, Ontario native was selected to represent his minor hockey association at the OHL Gold Cup, where he recorded 1 point (1 assist) over 4 games. Sharpe is described as a puck moving defenseman, that brings a level of physicality and can protect the right side of the ice.

Head Coach and General Manager James Richmond commented on the most recent signing. “We are excited to have Chas and his family join the Mississauga Steelheads Family. Chas is a big strong solid 200’ defenseman that will be tough to play against. We look forward to seeing Chas in the blue and white soon.”

The Steelheads would like to welcome Chas Sharpe and his family to Mississauga.