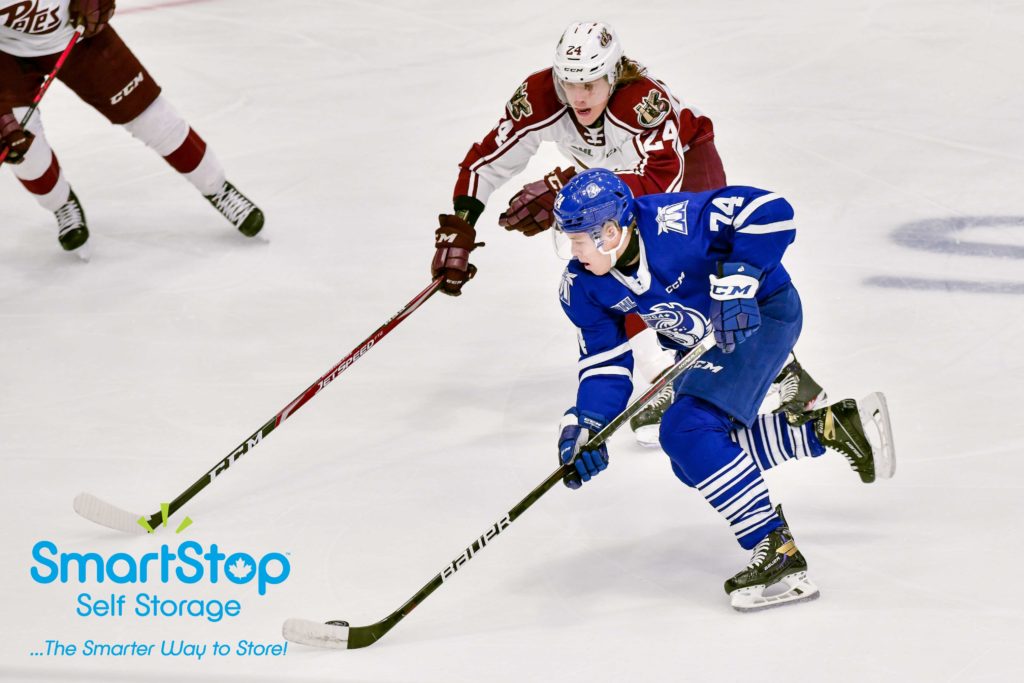 The Mississauga Steelheads were looking for revenge on a rare Tuesday night game, and they were able to do so, playing a complete game and defeating the Petes in Peterborough.

The first period was back and forth with a good pace to it. Unfortunately, the Steelheads found themselves shorthanded just 40 seconds in. Some good puck movement by the Petes led to a double deflection goal that was credited to Chase Stillman just 1:30 into the game.

The Steelheads found themselves shorthanded once again just 1:22 later, but this time found a way to capitalize on a Petes turnover in their own end. Owen Beck found Zander Veccia in front to tie the game at 1, giving Veccia his fifth goal of the year. The Steelheads were able to kill the rest of the penalty off, as well as another Petes opportunity with 6:11 left in the period.

The second period slowed down in pace compared to the first. Just over four minutes in, Veccia and James Hardie both got in on quick breaks 15 seconds apart, but both were stopped by Simpson. Over the next three minutes, the Petes got a number of good chances, but Steelheads starter Roman Basran was able to stand tall and keep the door shut.

Just before the 9 minute mark, Steelheads’ captain Ethan Del Mastro collected the puck behind the Petes’ net and threw it out front, and was the recipient of a lucky bounce as it went off of the Petes goaltender Simpson and into the net, giving the Steelheads a 2-1 lead. The goal went unassisted.

The Steelheads were able to continue their strong play, as they continued to apply pressure and generate a number of good opportunities in the opening five minutes of the period.

Mississauga headed to the power play just under seven minutes in, and Kai Schwindt was able to snap home a hard shot off of a nice pass from Luke Misa to extend the Steelheads lead. Chas Sharpe picked up the secondary assist on Schwindt’s 7th goal of the season.

With 4:15 remaining, Veccia earned his first career two-goal night, scoring into an empty net off of a nice feed from Del Mastro. Callum Chisholm picked up the other assist on the goal that gave the Steelheads a 4-1 lead.

3 Stars of the Game

The Steelheads were able to play a solid road game, defeating the Peterborough Petes by a score of 4-1. Mississauga has a rest day tomorrow before facing off against North Bay Battalion at the North Bay Memorial Gardens.