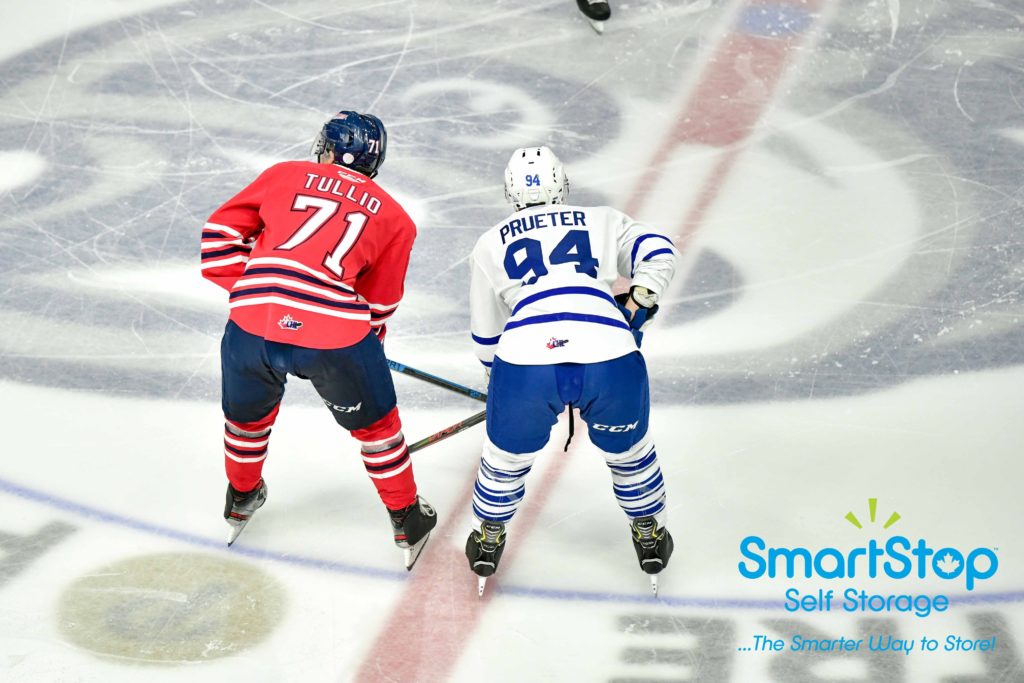 Owen Beck’s late third-period goal lifts the Steelheads to a 3-2 win over the Oshawa Generals.

Coming off an outstanding defensive performance on Friday night against Ottawa, the Steelheads look to continue their momentum against the Oshawa Generals.

The Steelheads opened the scoring at the 3:13 mark as Luca DelBelBelluz sneaked the rebound past Oshawa netminder Zachary Paputsakis for a 1-0 lead. Ethan Del Mastro and James Hardie received the assists. Steelheads’ offence did a great job dictating the pace as the period progressed, but could not solve the Oshawa Generals netminder.

Steelheads starting netminder Roman Basran was excellent in the crease in the opening frame, stopping all 15 Generals’ shots. Basran’s great saves included a terrific pad save on Oshawa’s Calum Ritchie during a penalty kill late in the period.

The Steelheads continued to control the pace during the second period, sustaining the pressure on Oshawa’s Paputsakis. However, on the powerplay, the Generals capitalized with a goal from Ryan Stepien at 18:48, tying the game at one apiece.

Basran kept the Generals in check despite conceding the goal in the middle frame.

The Steelheads kicked off the final frame with a bang, scoring on the powerplay from James Hardie – shooting past Paputsakis for a 2-1 lead. Owen Beck and DelBelBelluz received the assists.

Oshawa responded at the 7:18 mark with a Brett Harrison sniper past Basran to tie the game at 2-2. With over two minutes remaining, the Generals’ Ryan Stepien looked to add to his goal tally on the breakaway, but Basran denied the Generals’ forward with an excellent blocker save.

Just over a minute later, the Steelheads took the lead for good at 18:41 when Beck sniped a one-timer past the Generals’ netminder. Zakary Lavoie received credit for the assist on Beck’s game winner. With the net empty, the Generals put on the pressure with the extra attacker, but Hardie’s last-second game-saving shot block sealed the victory for the Steelheads.