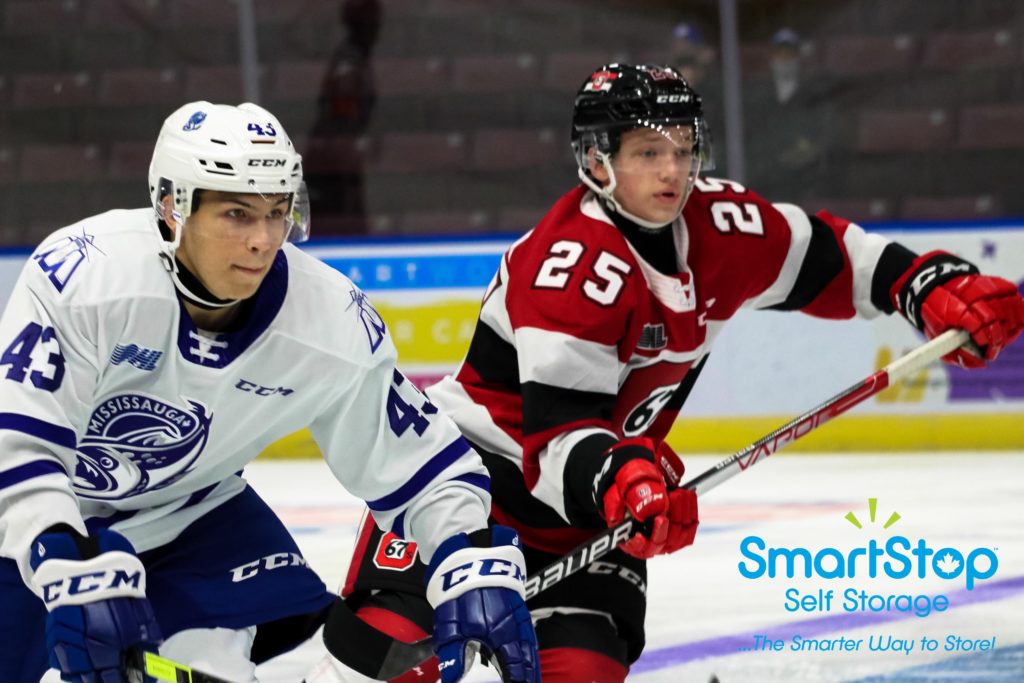 Aidan Preuter’s powerplay goal was more than enough for the Steelheads as their terrific defence and Joe Ranger’s timely goaltending led to a 1-0 win on home ice.

The Steelheads were looking to remain undefeated in their season series against the Ottawa 67’s.

In the opening frame, the Steelheads established a great tempo with excellent shooting and timely defence. The league’s second-ranked Steelheads penalty kill unit was successful in their only outing, providing tough defence against the Ottawa powerplay.

The Steelheads’ hard work in the attacking zone paid off at the 11:09 mark. Aidan Prueter scored his fifth goal of the season on the powerplay with a shot past the glove side of Ottawa’s netminder Max Donoso for a 1-0 lead. Luca DelBelBelluz and Ethan Del Mastro received the assists.

The second period proved why the Steelheads have one of the most formidable defences in the OHL. For the first eight minutes of the middle frame, the 67’s offence managed to outshoot the Steelheads 6-1, but strong defensive play and Joe Ranger’s quality saves kept Ottawa scoreless. The Steelheads controlled the game as the period progressed with multiple quality chances in the attacking zone, heavily outshooting the 67’s 7-1 in the final twelve minutes.

Ranger’s solid play and the Steelheads’ solid defence kept the door closed in the final frame. With 1:44 remaining in the period, Ottawa added an extra attacker, but Ranger’s crucial saves on the 67’s Alex Belanger and Brady Stonehouse and critical defensive plays sealed the Steelheads victory.

With the win, the Steelheads moved to the sole position of fourth place in the Eastern Conference. Ranger earns his 2nd career shutout, both of which have come against the Ottawa 67’s this season. This is also Ranger’s third consecutive win against the 67’s.