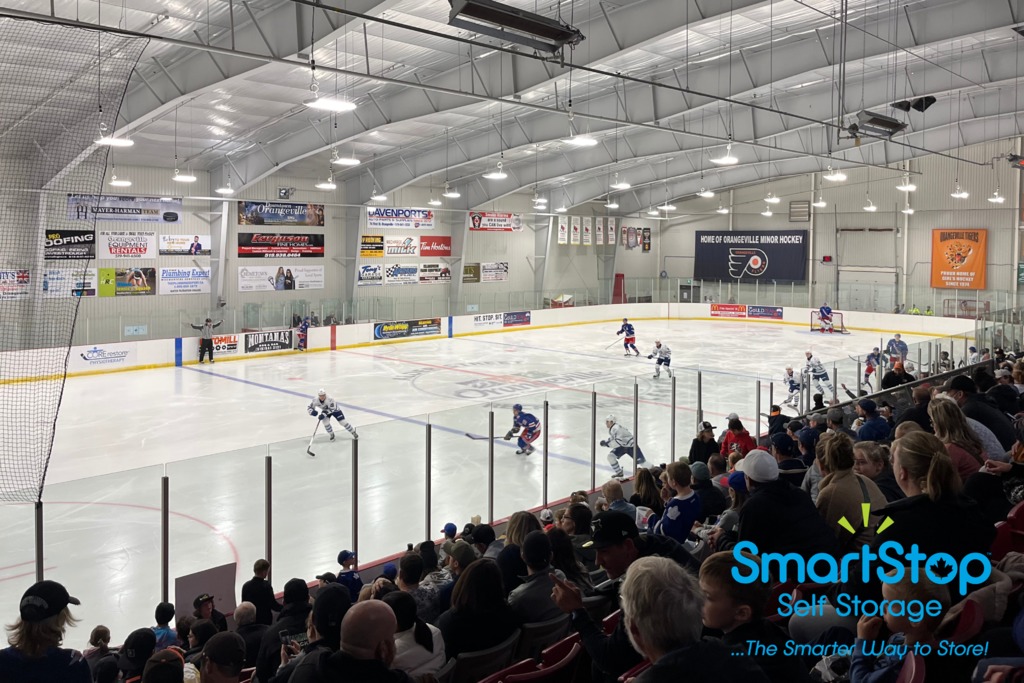 The Trout close out their pre-season with an exhibition game in Orangeville on the second half of a home-and-home versus the Kitchener Rangers.

After a high-intensity game the day before, the Rangers and Steelheads take to the ice once more to end the Steelheads pre-season with an exhibition home game in Orangeville. This intensity continued right as the puck was dropped with both teams trying to be the first to open the scoring, but goaltenders Alessio Beglieri and Marcus Vandenberg managed to keep the game at zero.

The teams went back-and-forth exchanging good chances on both ends. The Steelheads upped the pressure in the Kitchener zone, and finally, a falling Zander Veccia was able to break the stalemate and put the Trout up by one. Luka Misa and Charlie Callaghan earned the assists on Veccia’s third goal of the pre-season.

Kitchener did not take kindly to this as they followed the goal with a number of shot attempts. The Steelheads tried to block as many as they could, but with just over six minutes remaining in the period, the Rangers put one past Beglieri to tie the game at one.

After some pushing and shoving the teams ended playing some four-on-four hockey, where Zakary Lavoie went out on a breakaway but was turned aside by Vandenberg. The period came to a close with the score even at 1-1.

The Steelheads came into the second period hard-hitting and fast, using the momentum they built in the first to badger Vandenberg with shots. As the period continued, so did the back-and-forth play with both teams taking a series of shots on each goaltender.

The best chance for the Trout came from Zander Veccia around eight minutes into the period, as he rushed to the net, but was stopped in the crease by Vandenberg who managed to keep the score tied up at one. On the other end of the ice, Beglieri looked solid in between the pipes, making several key saves for the Trout throughout the period.

With the Rangers on the power play, and only three seconds left in the period, Joseph Serpa managed to sneak one past Beglieri to give Kitchener a 2-1 lead to end the frame.

The Trout started the period strong, controlling the puck and keeping it in the Rangers zone. Only five minutes into the period, Lavoie had a chance to tie it up being all alone in the slot, but Vandenberg ultimately denied him the opportunity.

With just under ten minutes left in the period, Manson Zebeski was able to slide one past Vandenberg to tie the score at 2-2. Liam Spencer and Lavoie earned the assist on Zebeski’s second goal of the pre-season.

After a series of shots, Reid Valade found the back of the net to put Kitchener back in the lead once again. Only a few minutes later on a two-on-one, the Rangers managed to beat Beglieri once again to increase their lead by two.

With a hard-fought battle in front of the Rangers net, Veccia put another one past Vandenberg to bring the Steelheads within one. Misa and Lavoie secured the assist on Veccia’s second goal of the game.

With a minute left in the period and the Steelheads’ net empty, the Rangers sealed the Trout’s fate, scoring to make the final score 5-3.

The Steelheads would like to thank the Orangeville Minor Hockey Association and the city of Orangeville for hosting our final pre-season game! The Steelheads will play their first regular season game on Thursday September 29 versus the Niagara IceDogs before taking on the Sudbury Wolves for their home opener on Sunday October 2. Purchase your home opener tickets here.