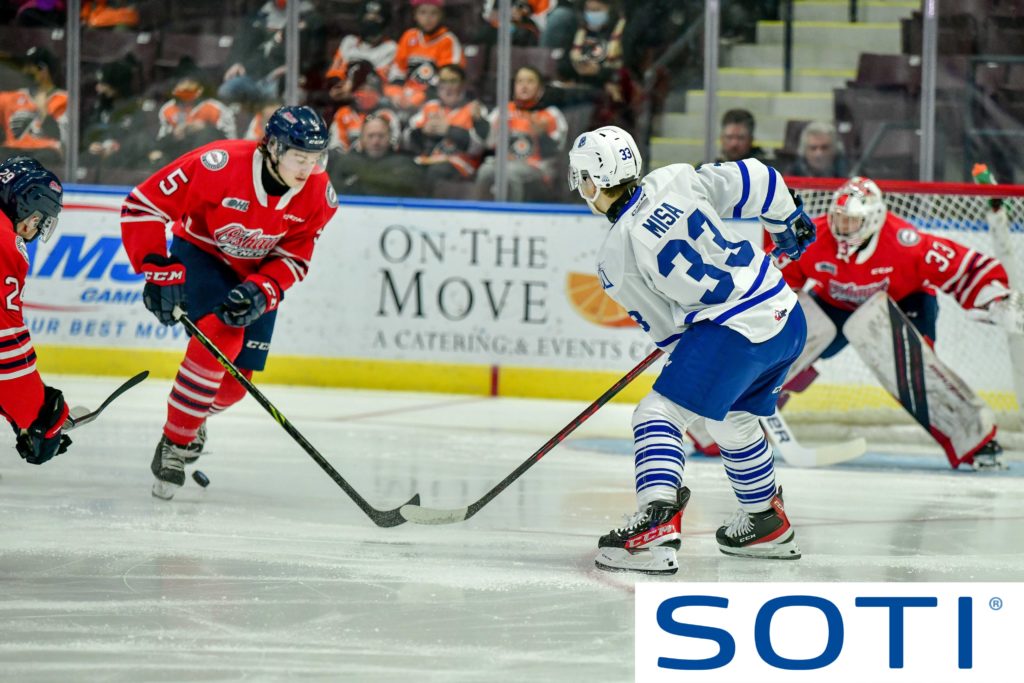 The Mississauga Steelheads chase their franchise record in games with a point as they take on the Oshawa Generals and Peterborough Petes.

The Steelheads extended their point-streak to nine straight games after their win against the Oshawa Generals on January 16, meaning the team has not lost a game in regulation since December 12. Earlier in the season, the Trout broke their franchise record with an 11-game point streak that spanned from October 29 to November 25. With two games ahead this weekend, the Steelheads are hoping to tie their own record with a pair of wins.

Marching  to Another Round

The Blue and White send the Generals to the front lines once again, as they head to Tribute Communities Centre on January 20 after winning the battle 3-1 last Sunday evening. It was a high-intensity game for goaltenders Roman Basran and Zachary Paputsakis, but unlike Paputsakis, Basran had outstanding defence to back him up. Stopping 19 of the 20 shots he faced, Basran played a solid game in net to hold down the fort for the W.

Mississauga has played the Generals twice this season, raining victorious both times. The Trout have the opportunity to reach their 50th point of the season and push their point streak to 10 games. The team comfortably leads both the Eastern Conference and the Ontario Hockey League with a 23-7-1-2 record.

Watch the game live tomorrow on CBC Gem at 7:05 PM!

The Blue and White will head home to host the Petes at the Paramount Fine Foods Centre on Friday evening. The last time the two teams went head-to-head was at a Sunday matinee game on January 9 in Mississauga, where the Trout beat the Petes 5-2. Currently, the Steelheads have a 2-0 season record against Peterborough.

The game had an even match-up for shots on net, yet the Steelheads had a dominating defensive performance that kept the Petes from putting numbers up on the board. It was also the first time Jake Uberti put on a Blue and White jersey and scored his first two points as a Steelhead, including his first goal.