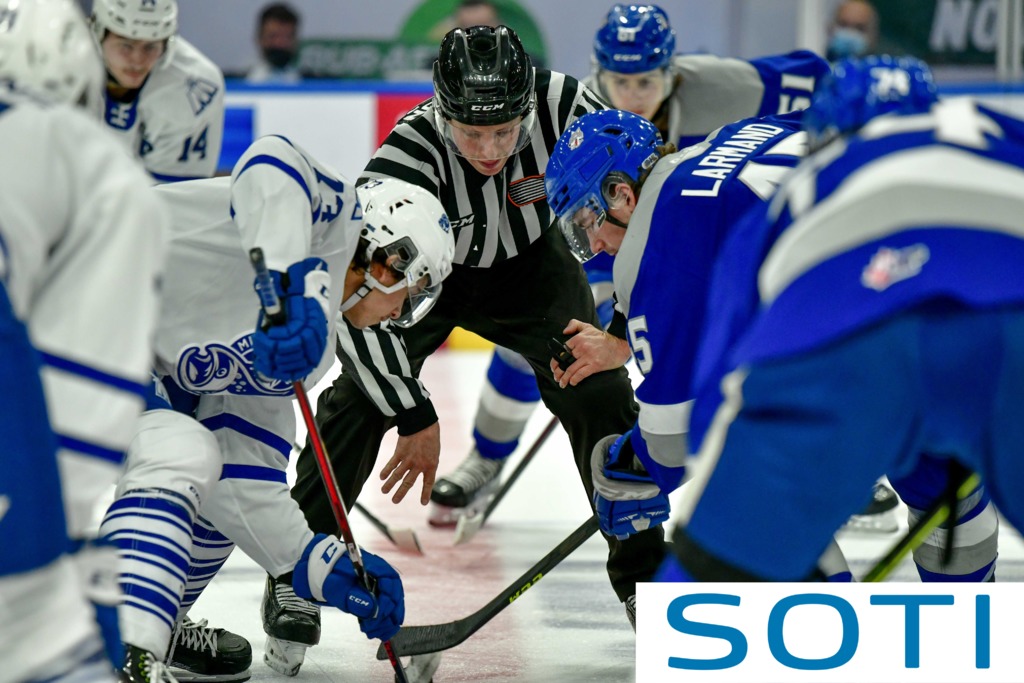 The Steelheads look to start the regular season on a high note with a road trip to Niagara Thursday night before heading home for their home opener on Sunday versus the Sudbury Wolves.

With regular season hockey returning to the Paramount Fine Foods Centre, the Mississauga Steelheads are looking to celebrate before the home opener on Sunday October 2. From 12:30-2:00 PM, join us for some fun before the puck drops in the Paramount Fine Foods Centre parking lot. There will be food and drinks, shooting games, vendors, live music, and of course, the Steelheads mascot Sauga!

Click here to get your tickets to our home opener on October 2!

Road Trip to the Garden City

After a successful pre-season weekend that saw the team win two of their three games, the Steelheads will take to the ice for their first two regular season games this upcoming week.

The Trout will be on the road for the first time this season when they travel to St. Catharines on Thursday to face-off against the Niagara IceDogs at the Meridian Centre. This will be the first day of regular season OHL hockey, with the Steelheads and IceDogs game being just one of three games happening Thursday night in the league.

Mississauga won six of eight games against the IceDogs in the 2021-22 regular season. With the Steelheads finishing fourth in the Eastern Conference with 82 points (37-23–2-6), they look to prepare for an exciting match up against the IceDogs, who finished tenth in the Eastern Conference with 48 points (22-42-3-1). The Steelheads will be looking to continue dominating the IceDogs and win the first regular season game on the road.

Against the IceDogs, the Steelheads had multiple players who stood out in last year’s series. Forward James Hardie recorded 15 points (3G, 12A) against the team and defenceman Chas Sharpe obtained a plus eleven in the eight games versus Niagara.

For the first time since being traded, Steelheads players Isaac Enright and Ryan Struthers will make their return to Niagara to face-off against their former team. Enright was drafted in the first round during the 2019 OHL priority selection (17th overall). Struthers was also drafted by the IceDogs but in the fifth round during the 2020 OHL priority selection (82nd overall).

The Steelheads will look to wrap up the weekend by traveling back home to the Paramount Fine Foods Centre to face-off against the Sudbury Wolves for their home opener on Sunday October 2.

The Steelheads went 6-1-0-1 in last year’s season series versus the Wolves, with forwards Hardie earning six goals and Zakary Lavoie acquiring ten points (5G, 5A) over the course of those games.

On the other end of the ice, the Trout will have to keep their eye on Wolves’ forward Kocha Delic who made his mark last season against his hometown team securing seven points in last year’s series against the Steelheads.

Former Steelheads goalie Joe Ranger will make his return to Mississauga for the first time since being traded this past off season. Ranger played for the Steelheads from 2018-22 after being drafted in the fourth round (63rd overall) in 2018. In his last season with the Steelheads, Ranger recorded a 2.54 goal against average and holds this record for Steelheads goaltenders in a single season.