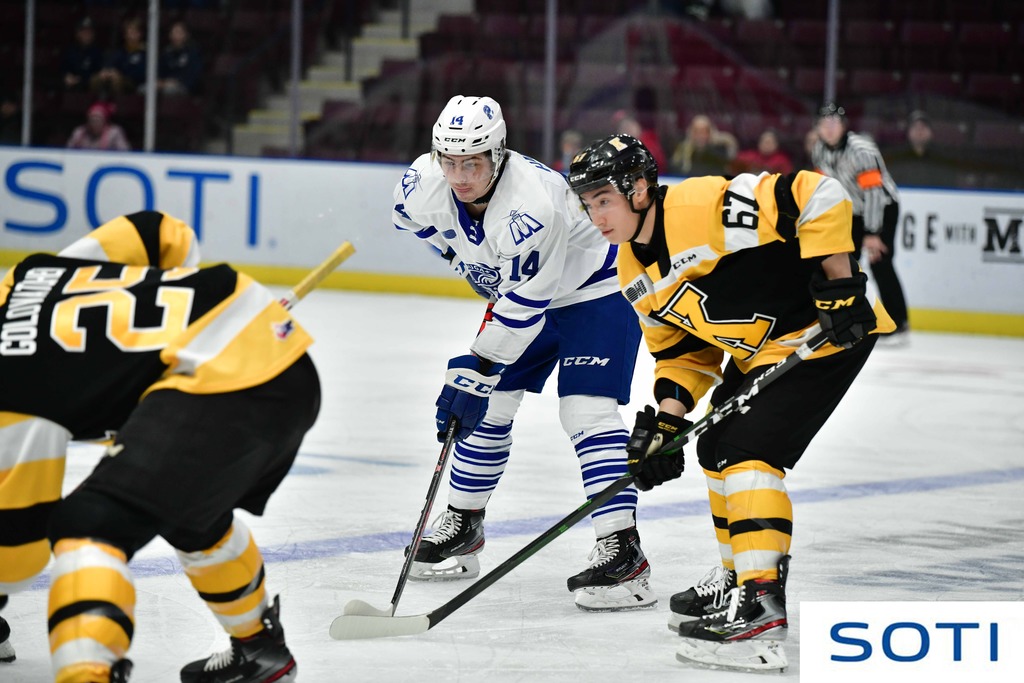 For the first time in 581 days, the Mississauga Steelheads will take to the ice at Kingston’s Leon’s Centre as they face off with the Frontenacs.

The last time the Steelheads played was on March 7, 2020, when they dropped a 5-1 decision to the Peterborough Petes. At the time of postponing, Mississauga (27-29-4-1) was in sixth place in the Eastern Conference, with only seven games remaining on the regular season.

When the Steelheads take to the ice in Kingston, there will be a significant difference in the core talent the club embarked on 19 months prior.

Lavoie (4G, 2A) and Beck (4G, 1A) made an impact with the Steelheads in the preseason, finishing in top three in team scoring.

Steelheads goaltending features 19-year-old Joe Ranger, who is looking to establish the number one role between the pipes after a good preseason. Backing up Ranger is Roman Basran who is joining the Steelheads from the Kelowna Rockets of the WHL. The 20-year-old netminder from Delta, BC, played eight games with the Rockets in 2020-21 season, posted a 4-2-1 record, with a 3.86 GAA.

The Kingston Frontenacs will feature projected number one overall draft pick in the 2022 NHL Draft Shane Wright and the debut of their 2021 CHL Import Selection – Goaltender Leevi Merilainen.

Wright was teammates with Del Mastro as part of the Gold Medal winning Team Canada at the U-18 World Hockey Championships last April.

The Finnish netminder Merilainen was drafted by the Ottawa Senators in the 2021 NHL Draft.

The Steelheads hold a head-to-head record of 9-5-1-1 against Kingston in the last five seasons, with a 4-3-1 record at the Kingston’s Leon’s Centre.