SOTI Weekend Preview – Steelheads Looking To Reel In The Points 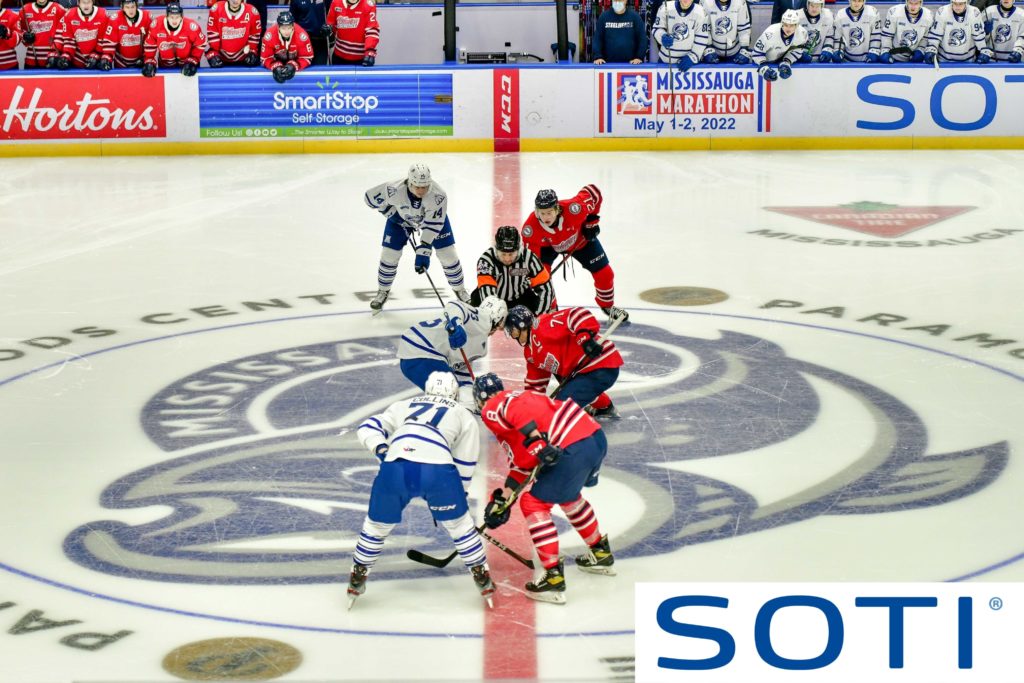 The Mississauga Steelheads look to extend their point streak to eight games this weekend as they face off with the Niagara IceDogs, Barrie Colts, and Oshawa Generals.

Coming off a short five-day hiatus due to a postponed game against North Bay Battalion on January 13, the Steelheads will be well-rested as they strive to stay in their first-place position this weekend.

From Friend to Foe

This Friday, the Blue and White search for another dominating win against Niagara on home ice. Before the holiday break, on December 10, the Steelheads secured an outstanding 9-1 victory, giving Mississauga a 3-1 record against the IceDogs so far this season. Steelheads’ rookie Owen Beck also received his first career OHL hat trick last game against the IceDogs. Beck currently leads the OHL in rookie scoring with 29 points (13G, 16A).

However, the game will have a different feeling for the new Steelheads addition, Jake Uberti. This will be the first time Uberti faces his former team since putting on a Steelheads jersey on January 9. In his debut, Uberti earned his first two points as a Steelhead with an assist and an empty-net goal against the Peterborough Petes.

Saddling up for Sadlon Arena

The Steelheads game against the Colts moves from January 22 to this upcoming Saturday. Mississauga has not gone head to head with Barrie since November 19, where they defeated the Colts 3-0, giving Steelhead’s Roman Basran his second shutout of the season and his OHL career.

The last game versus the Colts also saw Beck, Luke Misa, Zander Veccia, and Zakary Lavoie have standout performances, as all four rookies put their names on the scoresheet. Additionally, Max Dodig had a two point night in that game and earned his first goal of the season.

The Steelheads will meet the Generals for the second time this season on January 16, after defeating them in a 3-2 win on December 5. In a hard-fought, back and forth game, Beck secured the victory against the Generals scoring the game-winning goal with two minutes remaining in the third period.

Team Captain Ty Tullio (14G, 27A) and Brett Harrison (16G, 13A) lead Oshawa in scoring. The Generals are currently sitting in sixth in the Eastern Conference with a 14-11-1-2 record and 31 points. This game will be the first of two the Steelheads play back-to-back in Oshawa, as they face the Generals again on January 20.