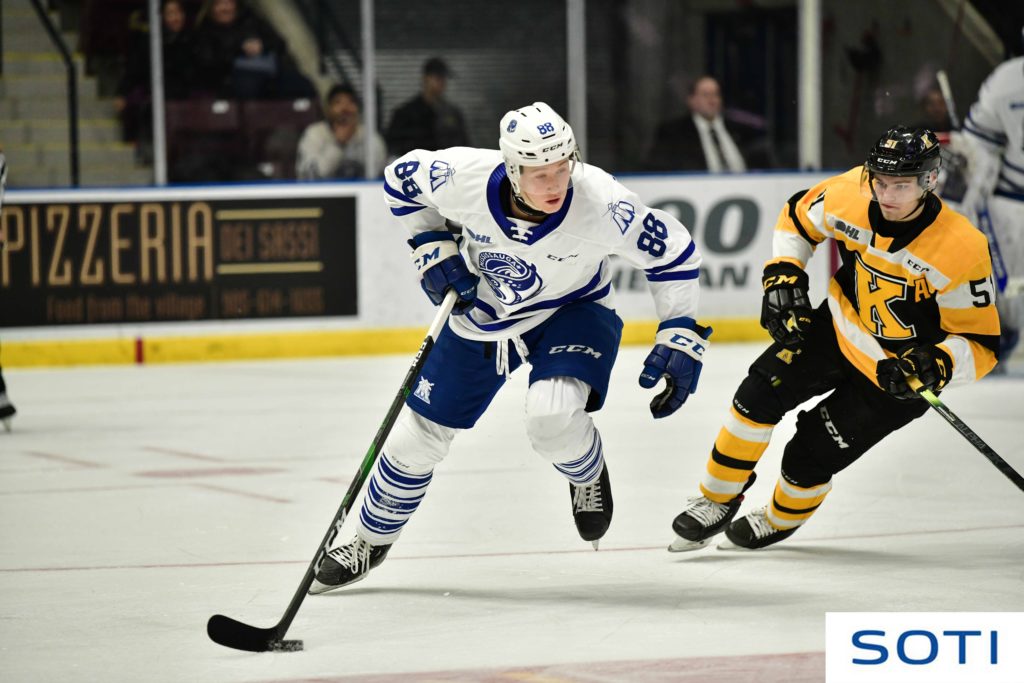 In partnership with the Peel Regional Police, the Steelheads will be hosting their annual Toys For Tots game this Sunday, November 28 at 2 PM! Donate a toy to Toys For Tots and receive a free ticket to a future Steelheads game and a 10% Bait Shop discount with each donation. Grab your tickets here!

The Steelheads’ remarkable run has earned national recognition. For the first time this season, the Steelheads placed in the Kia CHL Weekly Top-10, ranked 8th overall in this week’s list.

The Steelheads come into the week with lots of momentum, earning 17 out of 20 points in their last ten games. Since October 24, the Steelheads have not lost in regulation – going 8-0-1-1 in the previous ten games. The Steelheads look to continue their winning ways this weekend and set a franchise record for longest point-streak.

Within the last ten games, several Steelheads have had point streaks while providing critical contributions to the team’s current run.

Steelheads travel north to the Nickel City as they square off in back-to-back tilts with the Sudbury Wolves, starting on Thursday. The two teams met at the Paramount Fine Foods Centre on November 21, with the Steelheads prevailing 7-2. DelBelBelluz recorded his first career OHL hat trick in the victory.

Wright & The Frontenacs Comes To Town

The Steelheads will host superstar Shane Wright and the Kingston Frontenacs for the first time this season on Sunday.

Wright, the consensus number-one draft pick in the 2022 NHL Draft, is averaging over a point-per-game in 16 contests this season (7G, 12A). Wright’s linemate Lucas Edmonds is having a terrific season so far, placing second in the OHL in assists (20) and fifth in points (30).

If their last game had any indication for what’s to come on Sunday afternoon, it will be an exciting game to watch. The Steelheads have a 2-0-0-1 series lead over the Frontenacs this season with two of those decisions needing extra time.