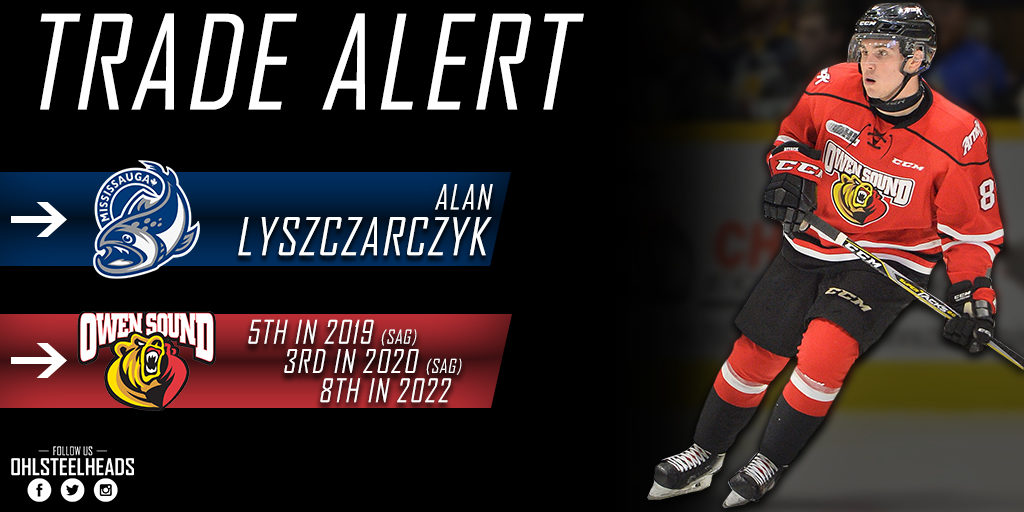 A Polish national, and native of Wallington, New Jersey, Lyszczarczyk is playing in his fourth year in the Ontario Hockey League. The 5’10”, 204 lb left-winger joined the Sudbury Wolves as a free-agent for the 2015-16 season where he recorded 50 points (17 goals, 33 assists) in 67 games. He followed that up with 32 points (10 goals, 22 assists) in 61 games during the 2016-17 season, before being traded to the Owen Sound Attack prior to the 2017-18 season. In his first full season with the Attack, Lyszczarczyk recorded 41 points (21 goals, 20 assists) in 59 games. This season, Lyszczarczyk is off to a hot start with 11 points (four goals, seven assists) in 10 games.

Lyszczarczyk spent his childhood in Poland and has represented his country four times already in his young career, scoring a total of 14 goals with 24 assists in 18 international games. He was Poland’s leading scorer at the 2017 World Under 20 Div 1 B Championship, scoring four times and adding seven assists for 11 points in five games. In the same tournament the following year, Lyszczarczyk was named the top forward of the tournament, leading all players in scoring with 15 points including eight goals, seven assists and a plus-8 rating over five games. He was also named Poland’s player of the tournament.

“The Steelheads are pleased to welcome Alan and the Lyszczarczyk family to Mississauga,” said Steelheads’ Head Coach and General Manager, James Richmond. “We are excited to add Alan to the Steelheads family. He has been a strong forward in our league for a few years now and we look forward to seeing him play a significant role with our team.”