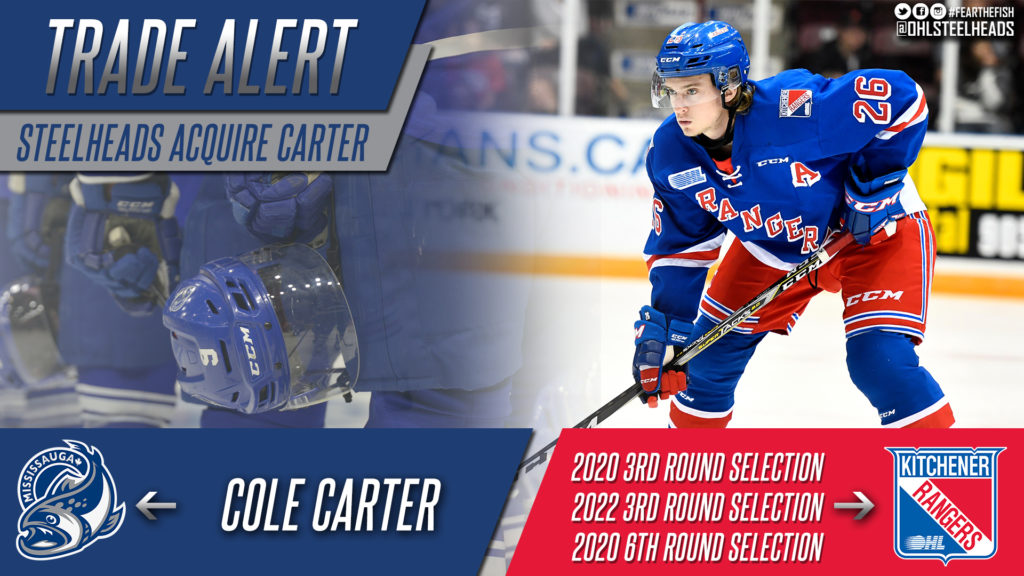 The Steelheads announced Wednesday morning that they have acquired right-winger, Cole Carter from the Kitchener Rangers. In exchange, the Rangers receive two third round selections (2020 & 2022) and a sixth round selection in 2020.

Carter, a native of Orleans, Ontario, was selected by the Windsor Spitfires in the fourth round (72nd overall) of the 2015 OHL Priority Selection. He was acquired by the Rangers from the Windsor Spitfires on January 9, 2017 in exchange for Jeremy Bracco. Carter played his minor hockey with the Ottawa Jr. 67’s (OEMHL), and also spent time as a member of the Stittsville Rams Jr. B (EOJHL). In 38 games with the Rangers this season, Carter has registered 21 points (9 goals, 12 assists). 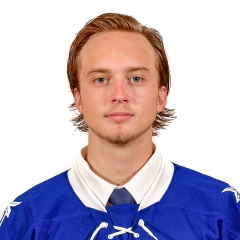