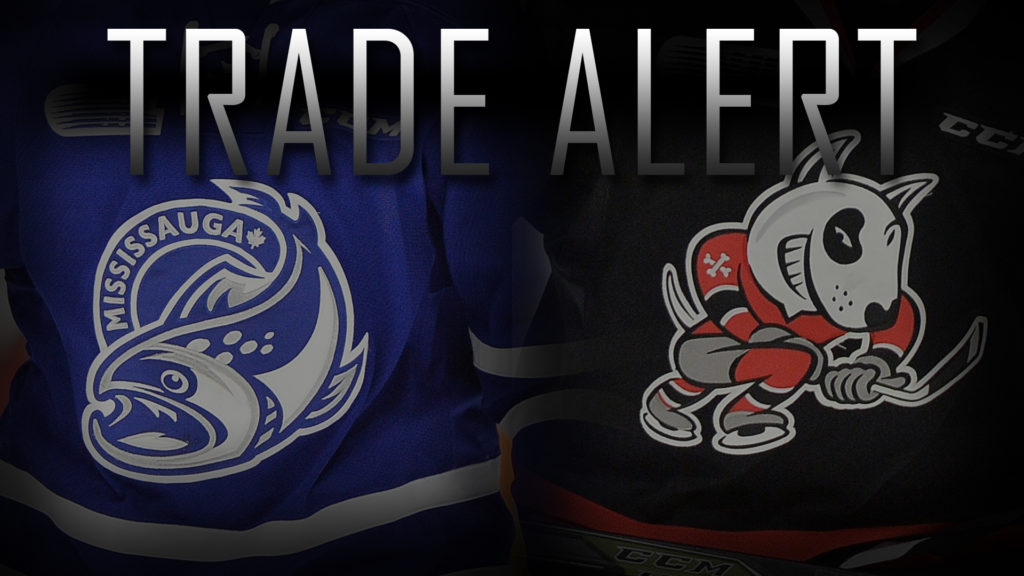 The Mississauga Steelheads announced Sunday that the team has acquired defenceman, Daniel Nardi from the Niagara IceDogs in exchange for an eighth round pick in the 2019 OHL Priority Selection.

Nardi, a former ninth round pick (2017) of the IceDogs, played three games for Niagara in the 2017-2018 season, but spent the majority of the season with the Fort Erie Meteors of the GOJHL. In 42 games with the Meteors, Nardi recorded 28 points (five goals, 23 assists). A native of Newmarket, Ontario, the 5’11”, 165 lb defenceman describes himself as a “skilled, mobile, two-way defenceman. I love to feed my teammates and play in the offensive zone.”

The Steelheads are excited to welcome Daniel and the Nardi family to Mississauga, and look forward to a bright future for him in the blue and white.