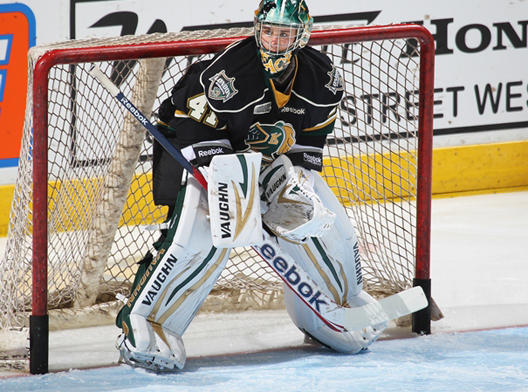 Mississauga, ONT – The Mississauga Steelheads are pleased to announce the acquisition of goaltender Tyson Teichmann from the London Knights Hockey Club in exchange for a conditional 6th round pick in 2013.

Now entering his 4th year in the Ontario Hockey League (OHL), theBelleville,Ontario native has played internationally with Team Canada’s Under-18 team in 2011 and Team Ontario in 2010, winning a gold and silver medal respectively. Teichmann was identified as one of the best goaltenders during Canada’s Under-18 camp, and continued to stand out during Canada’s 2010 Ivan Hlinka tournament.

Steelheads Head Coach and General Manager, James Boyd, is impressed with Teichmann’s performance thus far. “Tyson is an experienced goaltender in our league. We welcome him to the Steelheads organization.”

Our staff would like to welcome Tyson and the Teichmann family to the Steelheads organization as we prepare for an exciting season in Mississauga.

Twisters Go Above and Beyond
4 weeks ago