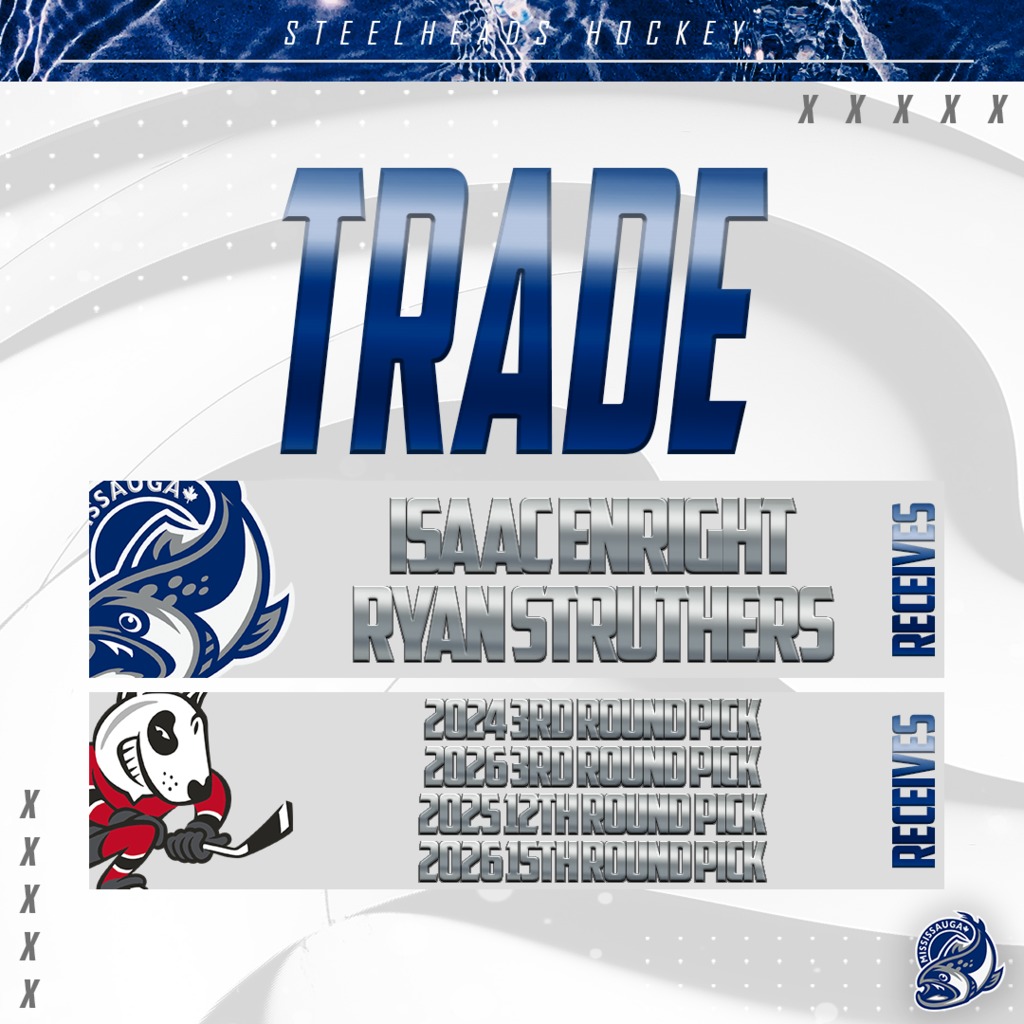 2003-born Enright is a right-shot defenceman who was drafted by the IceDogs in the first round of the 2019 OHL Priority Selection (17th overall). In his second OHL season, the Cobden, Ontario native scored 20 points (4G, 16A) in 60 games. At 6’0, 200lb, Enright brings size and strength to the Steelheads’ blue-line.

Struthers is a 2004-born centreman who was selected in the fifth round of the 2020 OHL Draft (82nd overall). In his rookie season, the forward put up 13 points (3G, 10A) in 62 games. The Milton, Ontario native looks to impress in front of his hometown wearing the blue and white.

Steelheads Head Coach and General Manager had this to say about the trade. “With Isaac, are picking up a bonified top four right shot defenceman that can play in all situations. Ryan is a great two way forward that plays a hard and fast 200 foot game. We would like to welcome Isaac, Ryan and their families to the Steelheads organization.” 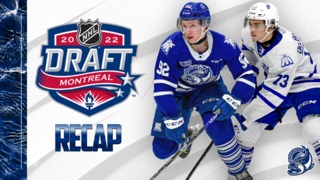 2 Steelheads Selected in the 2022 NHL Draft
1 month ago