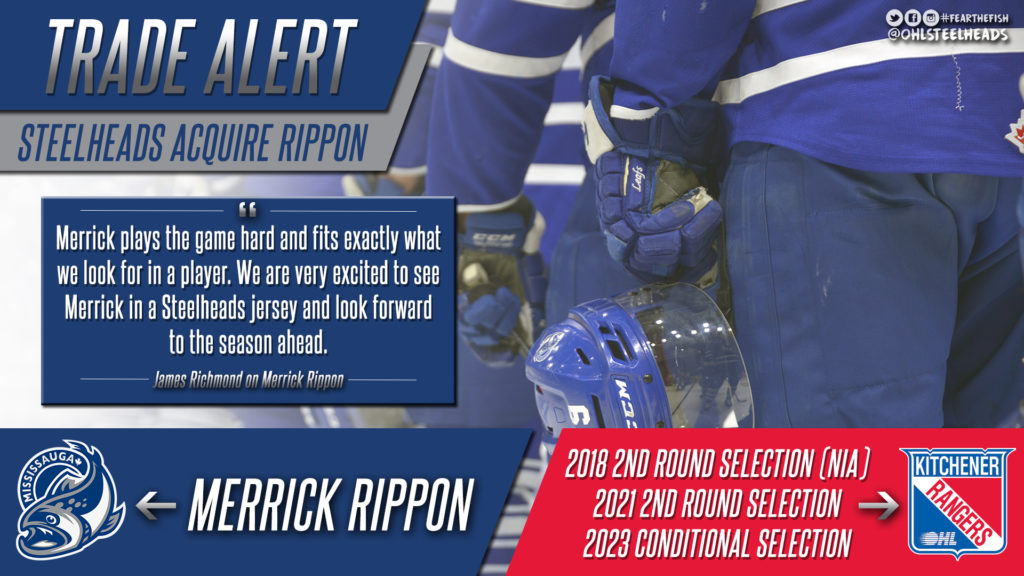 Mississauga, ON – The Mississauga Steelheads are pleased to announce the acquisition and commitment of defenceman, Merrick Rippon from the Kitchener Rangers. In exchange for Rippon, the Rangers will receive two second round selections, 2018 (NIA) and 2021, as well as a conditional selection in 2023.

Rippon was selected by the Rangers in the second round (36th overall) of the 2016 OHL Priority Selection. The Ottawa, Ont., native spent the 2016-17 season with the Ottawa Jr. Senators of the Central Canadian Hockey League (CCHL), where he led all rookie defencemen with 33 points (eight goals and 25 assists) in 59 games played. Rippon added a goal and nine assists during the Jr. Senators 12-game playoff run. Following a successful rookie campaign, he was named 2016-17 CCHL Rookie of the Year and is eligible for the 2018 NHL Entry Draft.