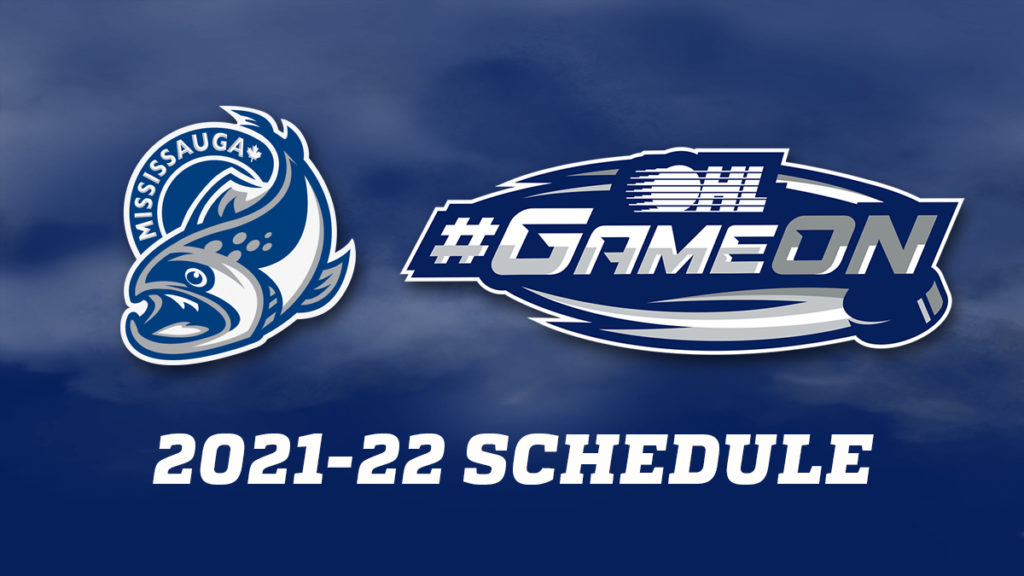 MISSISSAUGA, ON – In conjunction with the Ontario Hockey League, the Mississauga Steelheads announced today the complete 2021-22 regular season schedule. The hockey club makes its return to the ice for the first time since Saturday March 7th, 2020 when they open their season on a three-game road trip starting in Kingston. The Steelheads will then return for their home opener on Friday October 22nd at 7:00 pm, as they play host to the Ottawa 67’s. The home opener will mark the first time the team has played in Mississauga since Friday March 6th, 2020. The full schedule can be seen here https://ontariohockeyleague.com/schedule/70.

The Steelheads will also be celebrating 10 years of Steelheads hockey with multiple celebrations throughout the year to commemorate the milestone. This will include highlighting the history of the team, the organization’s greatest moments and feature Steelheads players from the past decade.

The League chose to return to play this year with a schedule that would provide all teams the optimum opportunity for success. We largely modeled the structure of games after the NHL this season, consisting of mainly regional play along with reduced travel and costs. The 2021-22 season will remain with a 68-game schedule.

The Steelheads will close out their regular season schedule against their division rivals the Sudbury Wolves on Sunday April 3rd at 2:00 pm. There will be more information on playoff structure available at a later date.

A schedule of marquee home games will be announced in the coming weeks and further details, including ticket presale and on-sale dates, special theme nights, broadcast information and the team’s training camp schedule will be released at a later date. Steelheads 2021-22 FINatics Memberships start as low as $13.25 per seat and some of the main benefits include access to exclusive events, 35% off single game tickets, 20% concessions and bait shop, access to the ticket exchange program and more. Visit http://mississaugasteelheads.com/season_tickets to become a member.

For single game tickets, fans are encouraged to register to become a FINsider for ticket presale access and to stay up to date with all the Steelheads ticketing and team news.