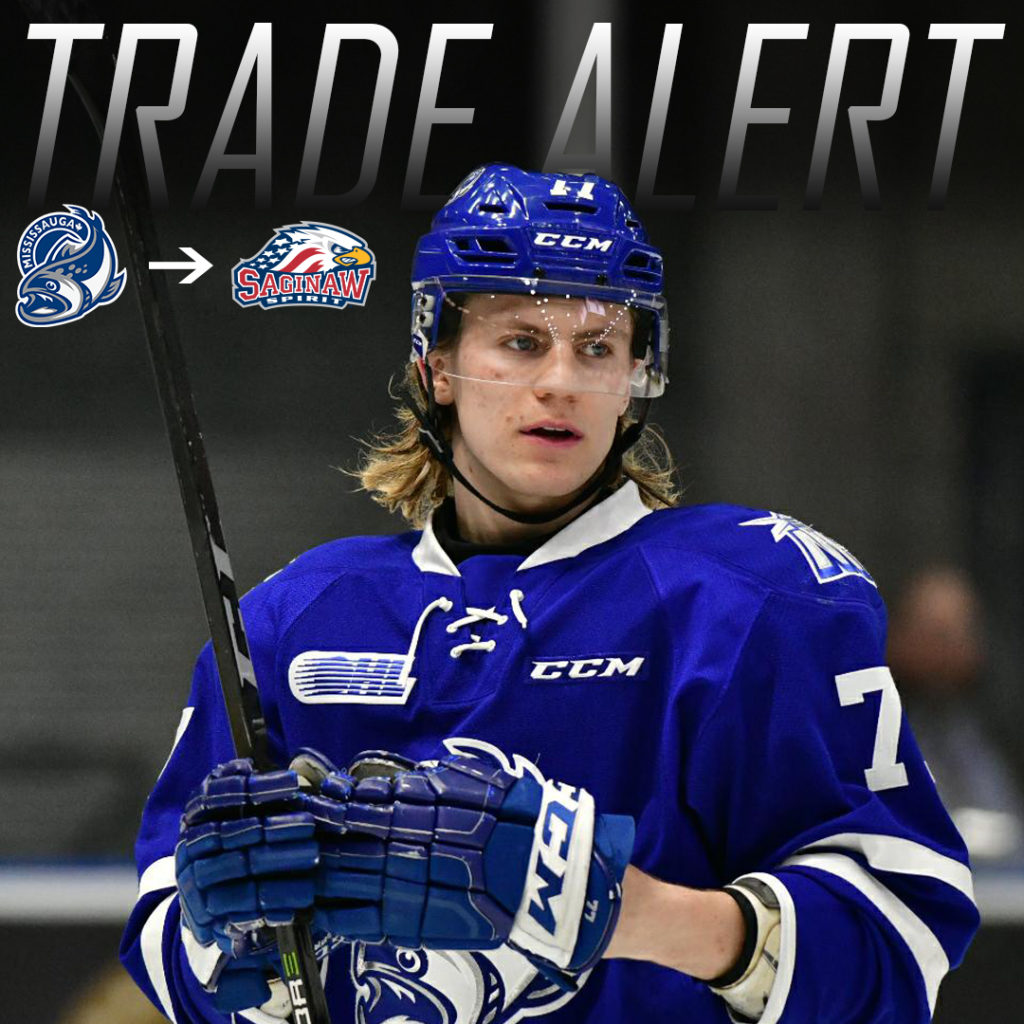 The Mississauga Steelheads announced Tuesday that the team has traded centreman Albert Michnac to the Saginaw Spirt. In return, the Steelheads receive a 2019 conditional fifth round pick.

Michnac was selected by the Steelheads in the first round (37th overall) of the 2017 CHL Import Draft. The Czech Republican spent the 2016-17 season with the Guelph Storm before arriving in Mississauga. Michnac is coming off his most successful season in the OHL after registering 60 points (21 goals and 39 assists) in 59 games during the 2017-18 campaign.

The Steelheads would like to thank Albert for his contributions over the last year and wish his all the best in Saginaw and in all future endeavours.