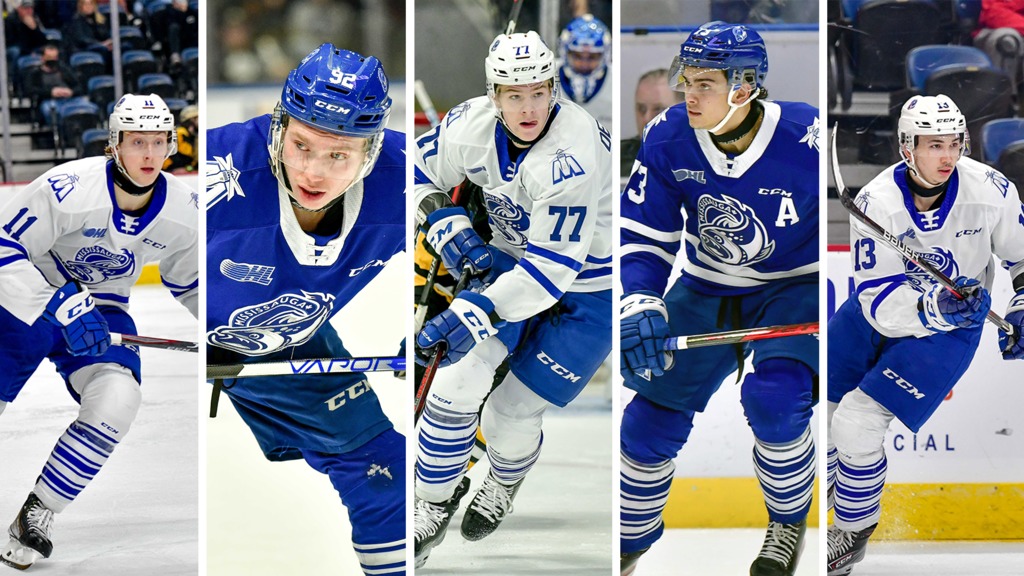 Several Mississauga Steelheads players have made a splash while attending NHL Training Camps to start the 2022-23 season.

After signing a three-year entry-level contract earlier this year with the Chicago Blackhawks, Ethan Del Mastro looks to prove that he is NHL ready in his second Blackhawks training camp.

Playing in the 2022 Tom Kurvers Prospect Showcase, Del Mastro impressed the Blackhawks staff with his goal that put the team up 2-0 in the tournament’s second game, as well as his defensive play and ability to keep up with the veterans.

The Steelheads’ captain joined a majority of the Blackhawks NHL roster in their first pre-season game last night against the St. Louis Blues, where he played on the third defensive pairing with Caleb Jones. 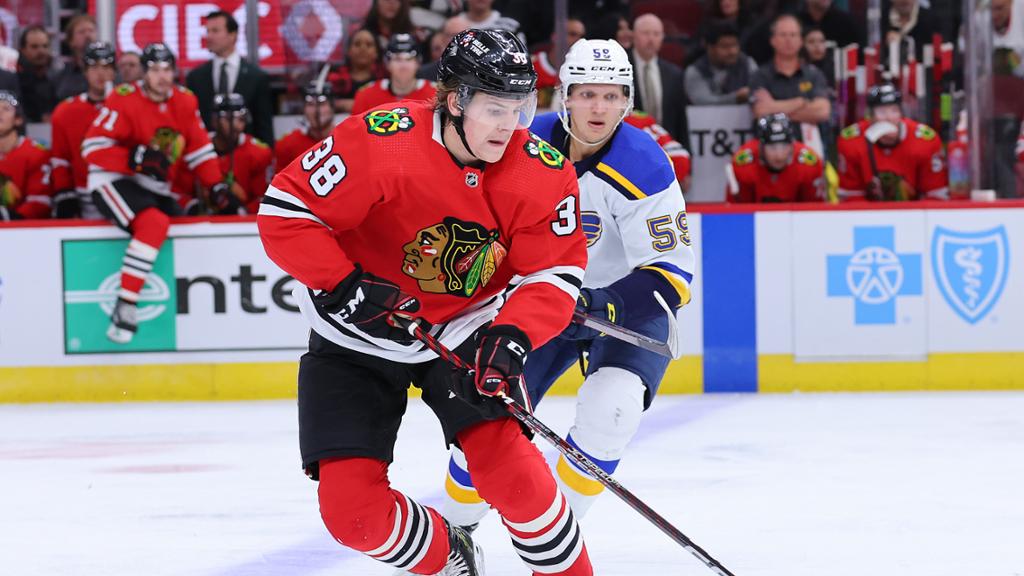 Participating in his first NHL camp after being drafted second round (33rd overall) this year by the Montréal Canadiens, Owen Beck continues to prove to the Canadiens why they made the right choice in selecting him.

In the Prospects Challenge in Buffalo, Beck had a one-goal and two-goal game to catch the attention of many and show off his goal-scoring abilities. The centreman then played in the Canadiens’ Red vs. White Scrimmage, where he earned two assists, helping Team White defeat Team Red 7-2. 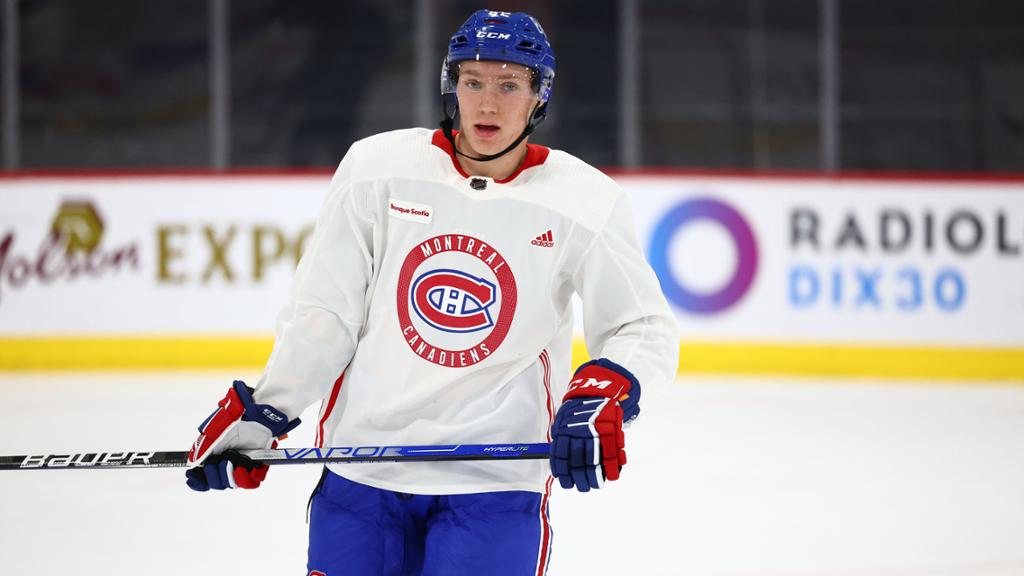 Beck’s work in the Prospect Challenge and Red vs. White paid off as he was selected to play on the first line with Canadiens’ forwards Cole Caufield and Mike Hoffman in Montréal’s first pre-season game. Although the Canadiens were defeated by the New Jersey Devils 2-1, Beck was eight-for-eleven in the face-off circle in the first half of the game and was rewarded with a total ice time of 17:03 and 4:23 of power play time.

The Port Hope native looks to make his mark on September 28 when the Canadiens take on the Toronto Maple Leafs in Toronto.

Luca Del Bel Belluz was invited to his first NHL training camp this month after being drafted in the second round (44th overall) in this year’s draft by the Columbus Blue Jackets.

He began the camp by participating in the NHL Prospect Tournament in Traverse City, where he helped the team secure their 7-1 victory over St. Louis, scoring a goal and an assist. 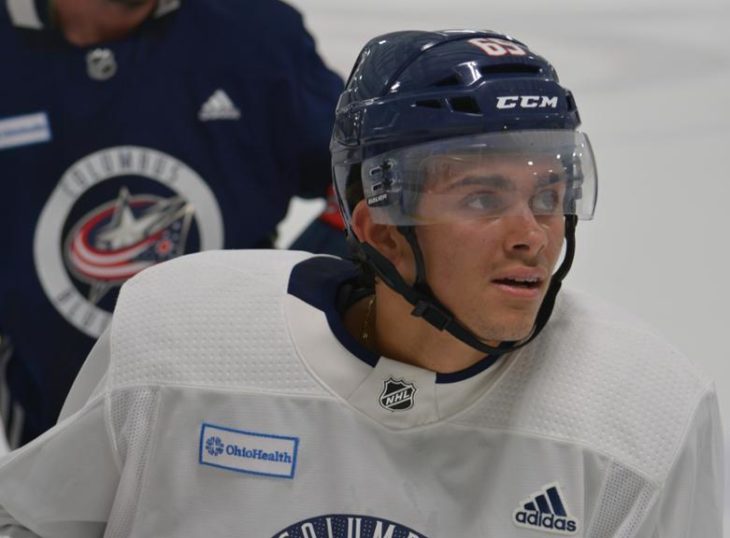 Making the training camp roster, Del Bel Belluz participated in the Blue Jackets’ pre-season split-squad game against the Pittsburgh Penguins. Playing in the earlier game on September 25 at PPG Paints Arena in Pittsburgh, Del Bel Belluz played a total of 14:40. He also got the chance to show off his power play skills, playing a total of 1:48 on the power play.

After earning an invitation to the Florida Panthers development camp in the summer, undrafted forward Kai Schwindt keeps making his mark in the Sunshine State.

The forward was invited back to the team’s rookie camp tournament and his on-ice abilities continued to impress. Schwindt was then invited to play with the Panthers in pre-season. In the team’s first game of the pre-season, Schwindt earned himself a pre-season goal, putting the Panthers up by two and helping them ultimately beat the Predators in overtime. 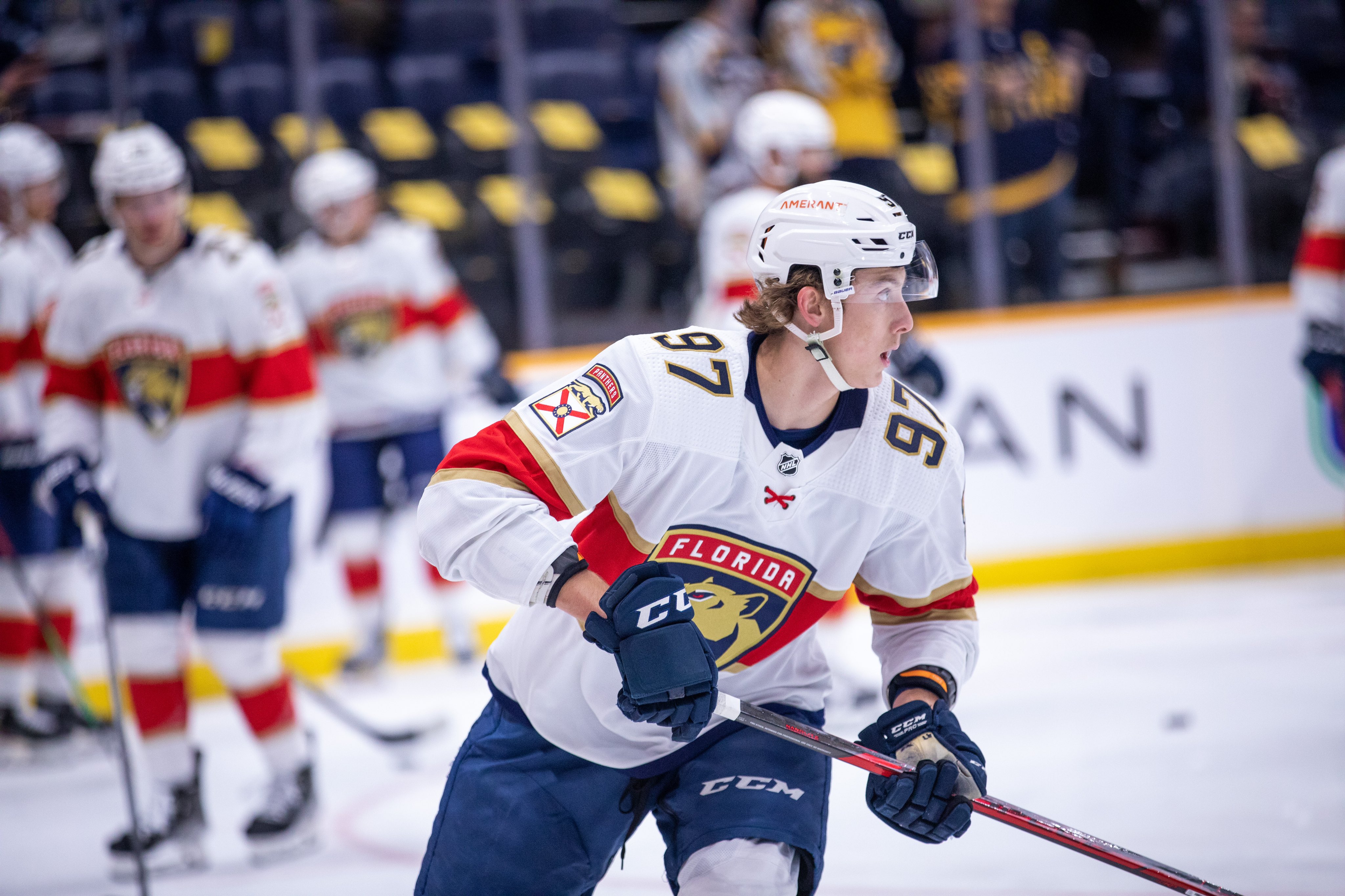 Entering his overage year, Jake Uberti was invited to the Detroit Red Wings training camp on an Amateur Tryout. The forward has spent time practicing and travelling with the team, hoping to gain as much knowledge and experience as possible.